Huawei’s Honor brand has just announced Honor 10 GT smartphone in China. It is a slightly upgraded model of Honor 10 which was announced in China back in April.

The handset comes with latest GPU Turbo and Tripod-free Night mode update out of the box. This new GPU Turbo technology is said to boost performance by 60% yet lowering power consumption by 30%.

It is powered by Android 8.1 Oreo with EMUI 8.1 on top. For fast unlocking, the device relies on Face Unlocking and a fingerprint sensor at home button. The Honor 10 GT features in 8GB RAM opposed to original Honor 10. There is no mention of storage but it should be 128GB (non expandable). 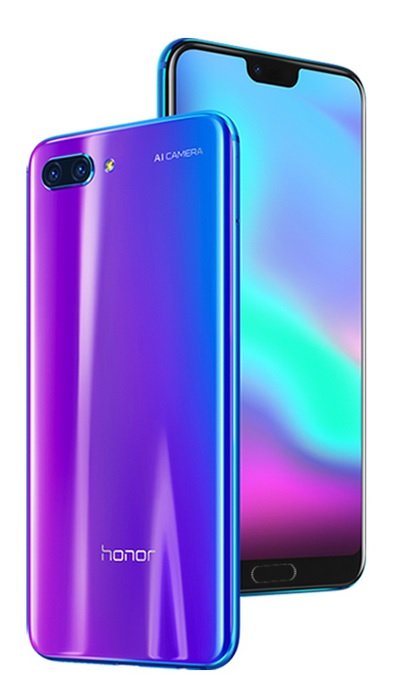 The Honor 10 GT 8GB model packs in 24MP selfie camera with F/2.0 Aperture and AI Beautification. A Dual camera setup with LED Flash is seen at the back. The primary rear camera is a 16MP RGB shooter while the other is a 24MP camera (2x Zoom). They have F/2.0 Aperture, AI Scene recognition and handles PDAF, CAF, portrait mode, 3D dynamic panoramic, HDR, Time-laps photos etc.

The Honor 10 GT 8GB variant will be available at JD.com and Honor Online store from July 15th. Pricing details were not revealed.

Get updated on new mobiles, tablets, gadgets and gizmos

Updates are free, Only 1 mail a day.