Technology is ever evolving. Having a highest screen to body ratio is becoming a trend among smartphone makers. To achieve that ultimate boast-able figure, company’s are finding new innovations for camera placements.

Recently announced VIVO Nex and Oppo Find X are the innovators as these smartphones come with hidden camera or you might call it a popup camera.

Coming to the point, a poster has popped up at Chinese Social networking site Weibo which hints that upcoming Xiaomi Mi Mix 3 could feature such a popup camera. Its predecessor, the Mix 2S boasts 81.9% screen-to-body ratio (actual) which itself is a feat to achieve. With Mi Mix 3, company is speculated to cut-down the bezels even more. Rumors suggests that this upcoming handset might come in two variants. 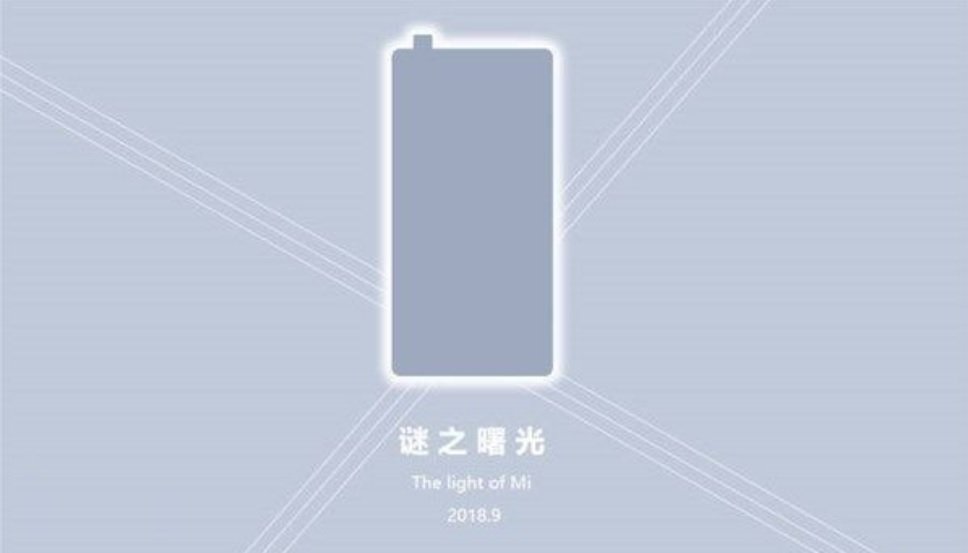 We do not have the specifications of Mi Mix3 at the moment however, the alleged poster does mention a September 2018 launch date. For now, take the rumors with a pinch of salt as nothing is officially confirmed at the moment.