A new Nubia smartphone with the model NX595J has made its way TENAA. The handset is believed to upcoming Nubia Z17S smartphone.

The Chinese certification authority has revealed most of its specs. For starters, its has 5.73-inch multi-touch display with 1920 x 1080 pixels resolution. Judging from the photos, it should have bezel-less design.

The cell phone should come in 6GB or 8GB RAM options according to TENNA. It runs on Android 7.1.1 Nougat OS  and will have 32GB / 64GB / 128GB storage variants. There is a strong possibility that the handset might not allow further expansion.

Main USP or Nubia Z17S or one might say Nubia NX595J is its 4 cameras. It has 22MP + (assumed 22MP) rear camera and 5MP + (assumed 5MP front shooters. TENAA confirms total of four cameras but hasn’t clearly specified them.

The smartphone will support 4G LTE which is a must now a days. Usual connectivity options like Wi-Fi 802.11 ac, Hotspot, Bluetooth and GPS will be supported as well.

The Nubia NX595J will come in Black and Blue colors. 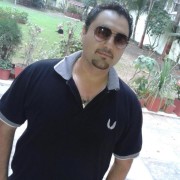