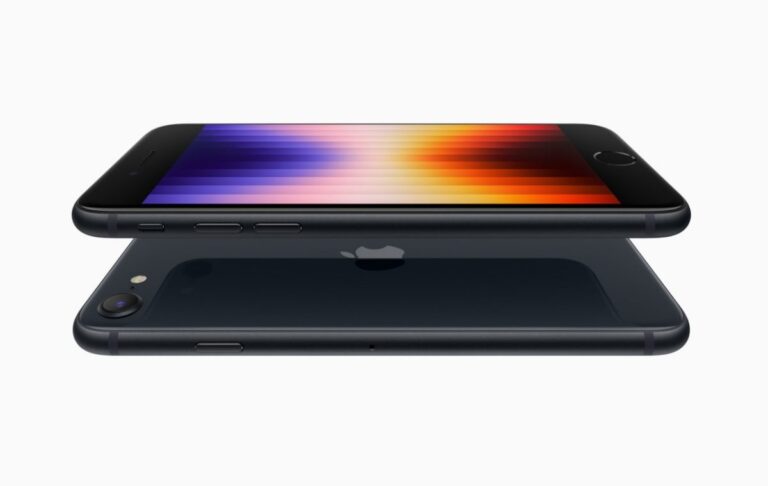 Apple has officially launched its new iPhone SE smartphone. It is successor to previous iPhone SE model. It is offered in Product RED, Midnight and Starlight colors.

The new iPhone SE will go on order in 30 countries, including India from March 11th. Selling of the phone starts from March 18th.

The phone itself measures 138.4 x 67.3 x 7.3 mm and weighs 144 grams. It comes with Touch ID fingerprint sensor for biometrics. The device sports IP67 water and dust resistant rating (depths of 1 meter up to 30 minutes) and comes with stereo speakers.

This new Apple phone has a built-in battery that goes from 0 to 50% in 30 minutes using 20W adapter or higher (sold separately). It supports wireless charging and works with Qi chargers. the iPhone SE’s battery is rated to deliver up to 15 hours of video playback / up to 10 hours video streaming / up to 50 hours of audio.

The mobile runs on iOS 15 out of the box. The device brings support for Wi-Fi 6 802.11 a/b/g/n/ac/ax, Wi-Fi Hotspot, 2×2 MIMO, Bluetooth V5.0, NFC with reder mode and GPS/GLONASS/Galileo/QZSS/Beidou. The device has range of sensors like barometer, 3-axis gyro, accelerometer, proximity and ambient light sensors.