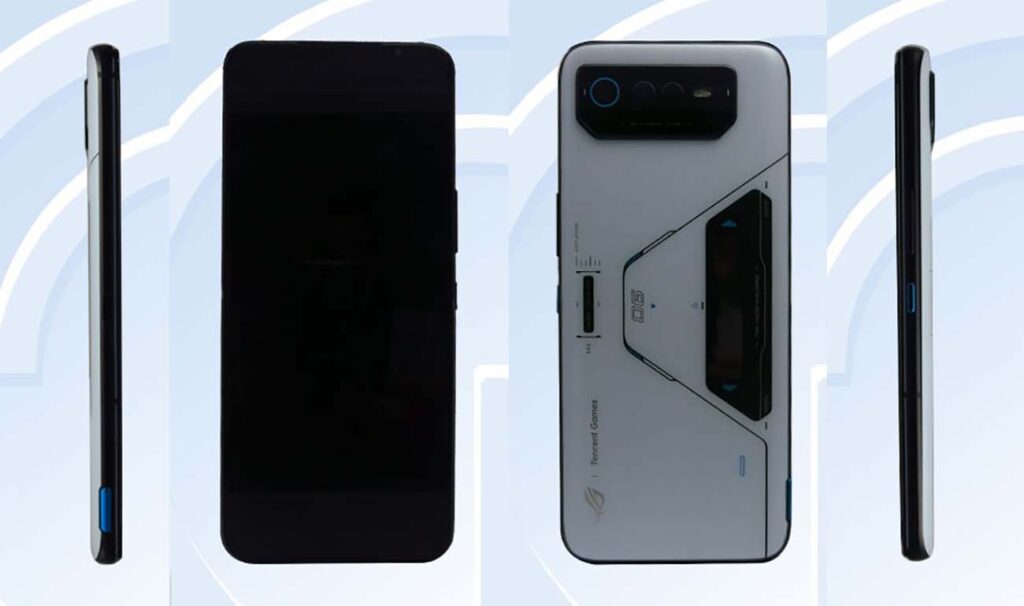 ASUS is soon expected to launch its latest ROG Phone 6 series. It comes in ASUS_AI2201_A and ASUS_AI2201_B model numbers.

Ahead of its official reveal, TENAA, a compulsory Chinese certification authority has certified the model ASUS_AI2201_B. Its listing has revealed most of its specifications and White color option.

It runs on latest Android OS and houses Dual SIM connectivity. It has support for 5G SA/NSA and Dual 4G VoLTE as well. The handset comes with an in-display fingerprint sensor for secure unlocking.

The ASUS_AI2201_B feature a 6.78-inch AMOLED display with an unspecified resolution. Rumors point to a 165Hz refresh rate. Powering inside is an octa-core processor which is likely Snapdragon 8+ Gen1 Mobile Platform.

This ROG Phone 6 Pro model has whooping 18GB RAM and 512GB storage space. It has total of four cameras. TENAA has confirmed a 12MP selfie shooter while at the back side is a 64MP primary camera coupled with two more camera sensors.