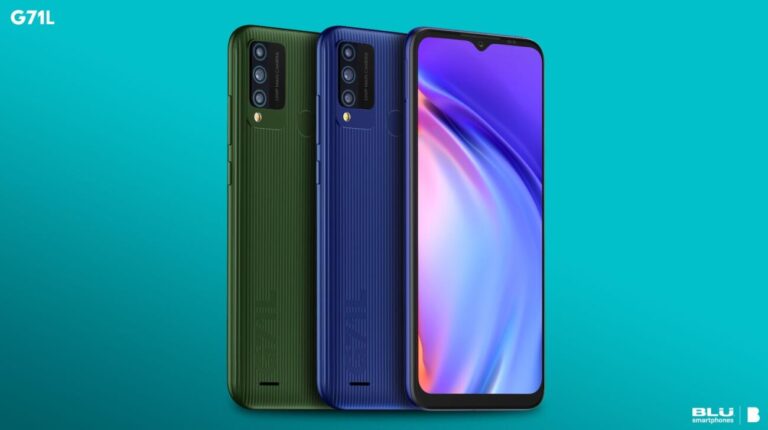 BLU expands its G Series smartphone lineup with its new BLU G71L cellphone. It comes in Blue and Green colors.

The mobile is slated to go on sale US markets in coming weeks. Company is offering a complimentary rugged case inside the box.

Processing power is derived from 1.6Ghz octa-core UNISOC 9863 chipset. It is paired with 4GB RAM and 128GB storage space. Additionally, there is MicroSD card support up to 128GB as well.

The BLU G71L packs in a 5000mAh battery with 10W charging. It is said to offer up to 3 days of battery life. It has a fingerprint sensor at back for security.

For optics, there are 13MP main, 2MP macro and 2MP depth sensors at back with LED Flash. An 8MP front facing camera is placed inside notch for selfies. and video calling.