BLU G91 Pro with Helio G90 chipset launched in US 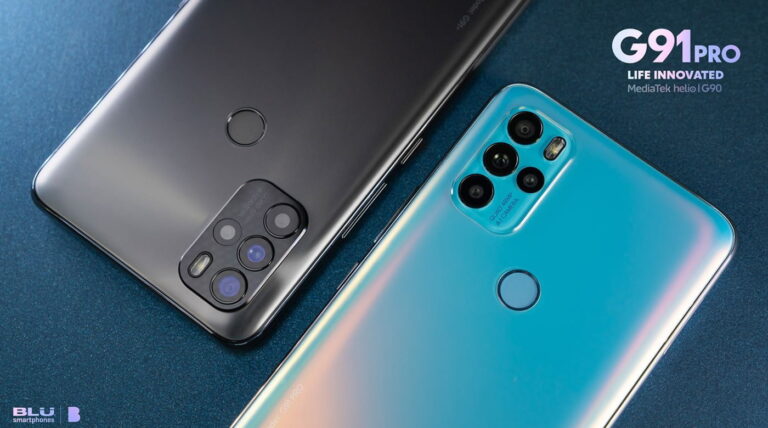 BLU, a company known for its value for money unlocked phones in US, has launched BLU G90 Pro successor called BLU G91 Pro.

The BLU G91 Pro runs on Android 11 OS out of the box. It has fingerprint sensor placed at the back. There is a 16MP selfie camera inside punch-hole has face unlock support.

Paired with the chipset is 6GB RAM and 128GB built-in storage space. The handset does include MicroSD card slot supporting up to 256GB. The BLU G91 Pro features a powerful 5000mAh battery and supports 30W fast charging and 10W wireless charging. Depending on usage, BLU is claiming up to 3 days of battery life. With fast charging, the handset can go from 0 to 50% in just 30 minutes.

The BLU G91 Pro price in US is $199.99 and is already available online at Amazon.com. It comes in Moonstone and Graphite colors.