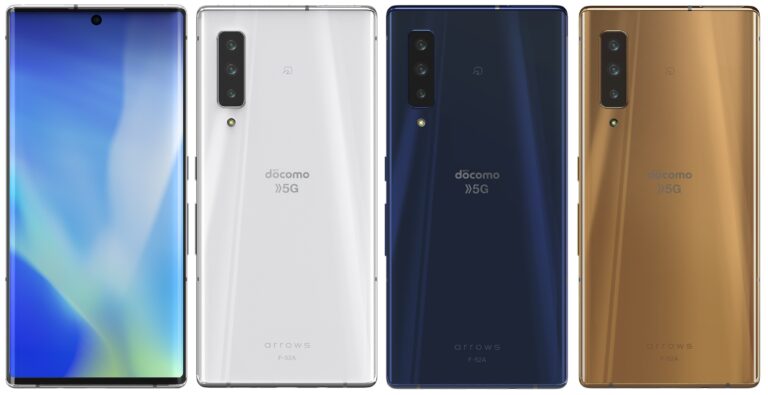 Fujitsu has unveiled a new smartphone in Japan called Arrows NX9 F-52A. It has a design which is similar to Galaxy Note 10 and is first non-Samsung mobile to feature a center punch-hole inside OLED display.

With weight of 152 x 72 x 8.5 mm and weigh of 162 grams, the handset supports 5G. The device is also IPX5 / IP6X rated for dust and water resistance. For fast and secure unlocking, there is an in-display fingerprint sensor.

The smartphone is paired with 8GB RAM and 128GB of internal storage space. Inside a punch hole is a 16.3MP selfie camera. At the back side are triple shooters which include 48.5MP (main) + 8MP (ultra-wide) + 5MP (depth) cameras and LED Flash.