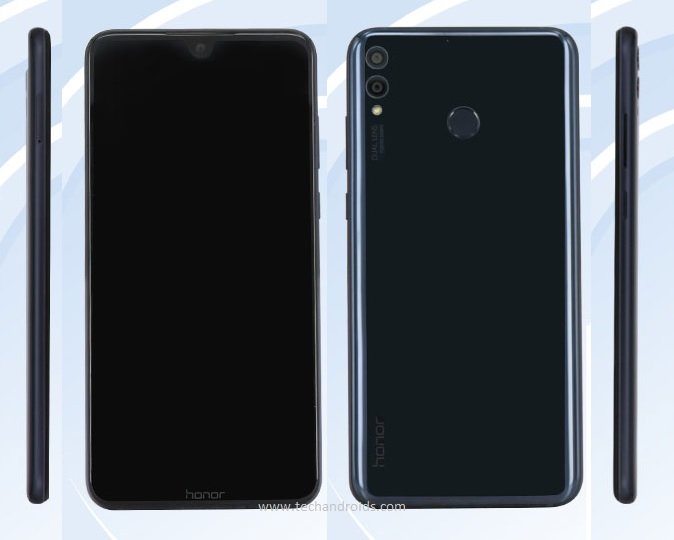 UPDATE: Honor has started sending invites for the launch of 8X and 8X Max. The model ARE-AL00 is Honor 8X Max as the invite confirms both handsets. Original article follows.

Honor seems to be working on a phablet phone. A handset bearing model number ARE-AL00 has been certified by TENAA, a compulsory Chinese certification authority.

The ARE-AL00 comes with 7.12-inch multi-touch display with 2244 x 1080 pixels resolution and supports multi-touch. It has a very small notch above its display which different from Honor Play or Honor 10.

It has a huge 4900 mAh battery capacity which will should last you couple of days. There is a 1.8GHz octa-core processor which is paired with 4GB RAM. The handset comes with 64GB internal storage space, which is further expandable up to 256GB using MicroSD card.

The Honor ARE-AL00 features in 8MP front facing camera placed inside notch for selfies and video calling. It has 16MP + 2MP dual rear cameras with LED Flash. These rear shooters are vertically aligned at the top left corner.

It is speculated that Honor ARE-AL00 could be called as Honor 8X or could be its big brother, the 8X Max. Regardless, we do know that it will come in Black, Blue and Red colors. It should go official soon but exact dates are not known.