Earlier this month Honor unveiled its 8X and 8X Max smartphones in China. Today, Chinese certification authority TENAA has certified yet another mobiles bearing model BKK-TL00 and BKK-AL00. These models are believed to be called as Honor 8C.

These handsets are powered by 1.8GHz octa-core processor (probably Snapdragon 636) and comes with 4GB of RAM. There is 64GB of on-board storage space and allows further expansion up to 256GB using MicroSD card. The mobile runs on Android 8.1 Oreo OS with EMUI 8.2 on top. 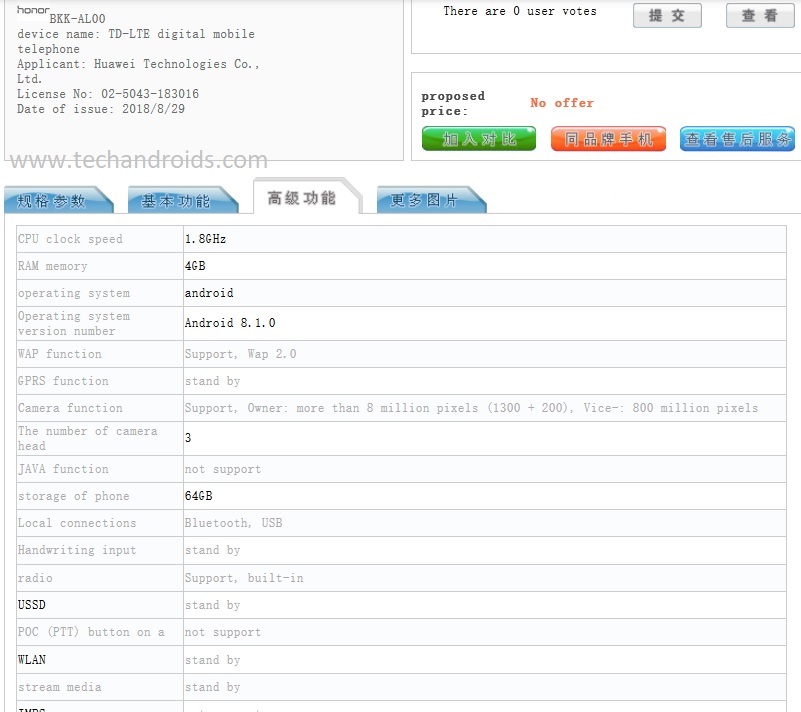 The hardware is juiced up by 3900 mAh battery capacity. In terms of optics, TENAA confirms presence of an 8MP camera at the front for selfies. At the back side is a 13MP and 2MP dual shooters. There is a fingerprint sensor as well for fast unlocking.

The Honor 8C (BKK-TL00 and BKK-AL00) will come in Black, Blue, Gold and Purple colors. Images of the phone were not revealed by certification authority. Pricing and release date is not known. Rumors hints launch next month on October 11th.