The Honor Magic2 smartphone is coming soon. Company has scheduled an event on October 31st where it will unveil its latest flagship device. Company has already released a teaser confirming the dates.

Honor already teased several aspects of the phone at IFA. The Honor Magic 2 will come with a slide out mechanism for its cameras. A similar feature was seen in Oppo Find X and Vivo NEX S.

The Magic2 will create magic with its full screen bezel-less display and high screen to body ratio. The phone supposedly uses AMOLED Display and Gorilla Glass protection on top. Also expect it with Kirin 980 AI chip which wast introduced at IFA.

The mobile is also said to support 40W super fast charging which has 15 layers of safety protection and auto identifications of 3 critical parts. It will have dual camera setup and in-display fingerprint sensor. 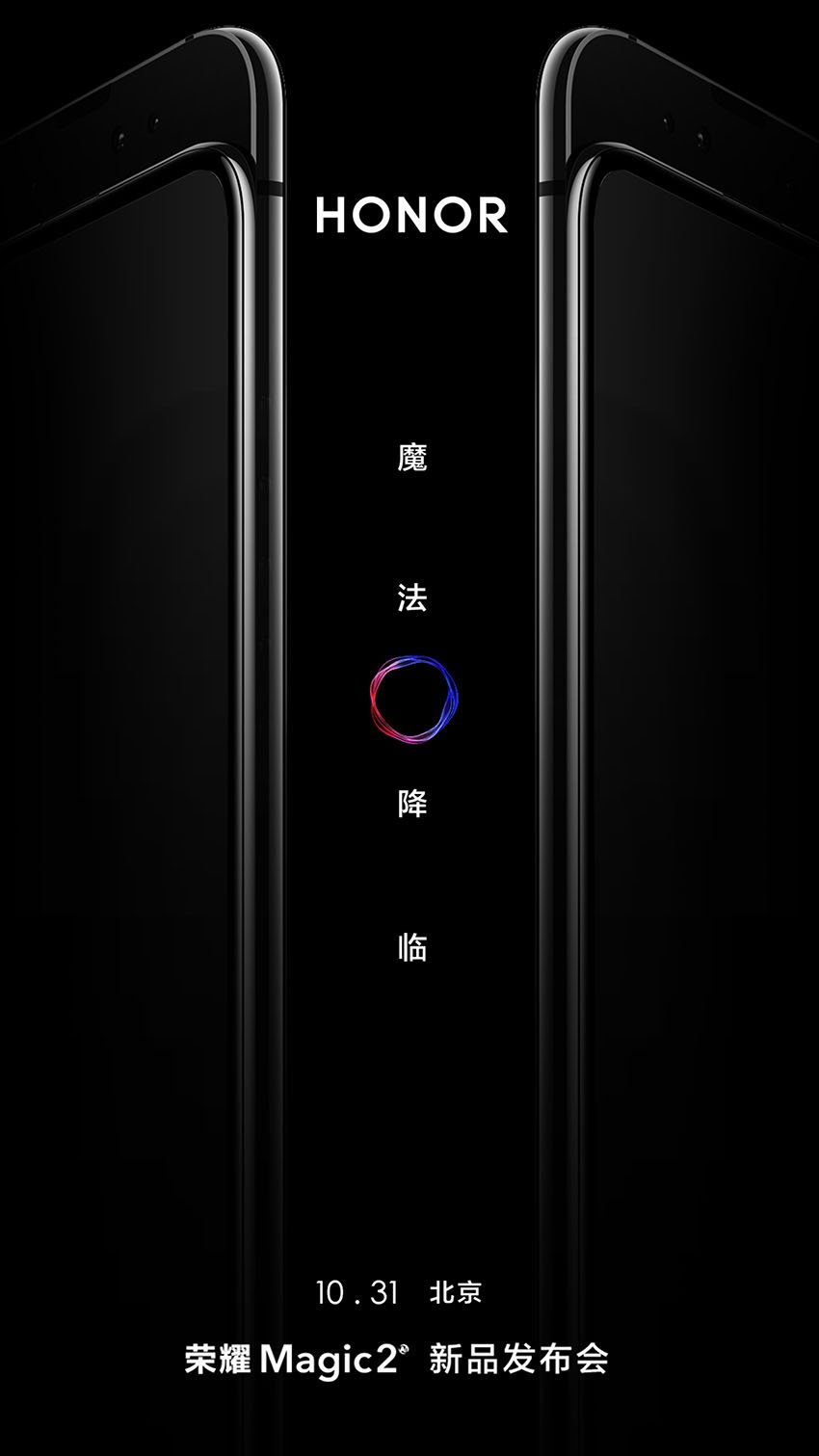 Official Specifications, Pricing and Availability details of Honor Magic 2 will be out on October 31st.

Alcatel 3T 8 launches in US at T-Mobile