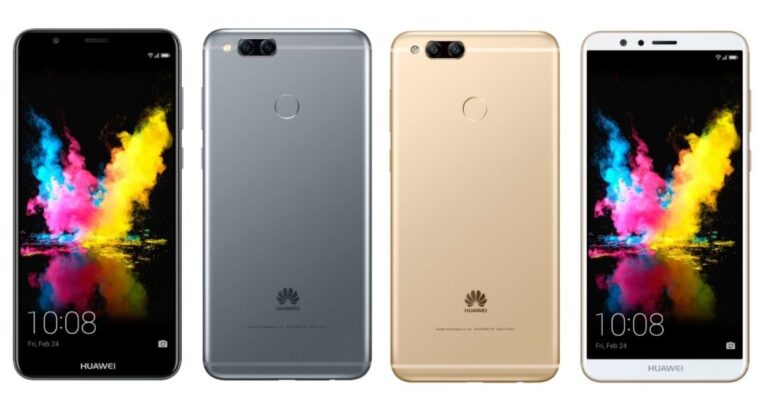 UPDATE: The Huawei Mate SE (BND-L34) is already available in US at bhphotovideo. Specifications of the phone are as bellow along with the original article.

A yet-to-be-announced Huawei smartphone, the Mate SE (BND-L34) has surfaced. The handset has been spotted in support section at Huawei’s US site. Moreover, alleged renders of this smartphone have surfaced as well.

Looking at the renders, the phone is very similar to Honor 7X. For now, the Gold and Grey color variants have been spotted. A quick glance of the images hints slim side bezels. The top part houses front camera, light sensor and earpiece grill and status indicator while the bottom bezel sports Huawei logo.

talking about the sides, there is are volume buttons and power button at the right side while the bottom edge houses headset jack, Micro USB Port, primary microphone and speaker. There is a secondary microphone at the top as well. From what we know, the BND-L34 comes with Hybrid Dual SIM slots (Nano + Nano / MicroSD).

According to the leaked renders, at the backside, the Huawei Mate SE (BND-L34) features in dual camera setup. These cameras (Believed to be 16MP + 2MP) are horizontally aligned coupled with LED Flash at the extreme left side.

Just line Honor 7X, there is a fingerprint sensor at the top center. As expected, there is Huawei Logo at the back. Antenna lines are also clearly visible at the top and bottom side. Rumor has it that Mate SE could be powered by Kirin 659 SoC coupled with 4GB RAM.

The MWC 2018 is just around the corner, where we expect Huawei to officially announce several phones, including the Mate SE.