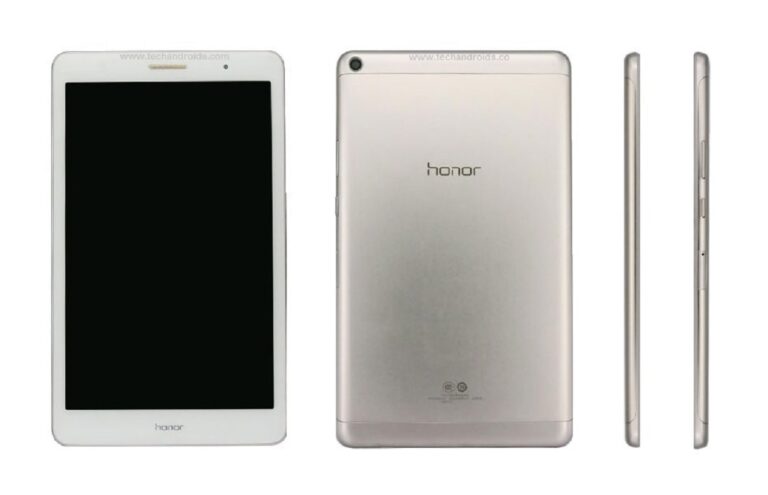 Huawei’s upcoming tablet, the MediaPad T3 (KOB-L09) has made its way at TENAA, a Chinese certification authority.

The listing has revealed key specifications of the Tablet and its photos. The device sports measurements of 211.1 x 124.7 x 7.95 mm and weighs 250 grams. It seems to have uni-body metal design according to the photos.

The MediaPad T3 specs include 8-Inch IPS display with 1280 x 800 pixels resolution and comes with multi-touch capabilities. It is powered by a 1.4GHz quad-core processor along with 3GB RAM.
Inside is 32GB of internal storage space, which is further expandable up to 128GB using MicroSD card. The KOB-L09 tablet is equipped with 2MP front camera and 5MP reach main camera.

The Huawei MediaPad T3 (KOB-L09) comes in Gold and Sky Grey color options. It is expected to go official at MWC 2017.