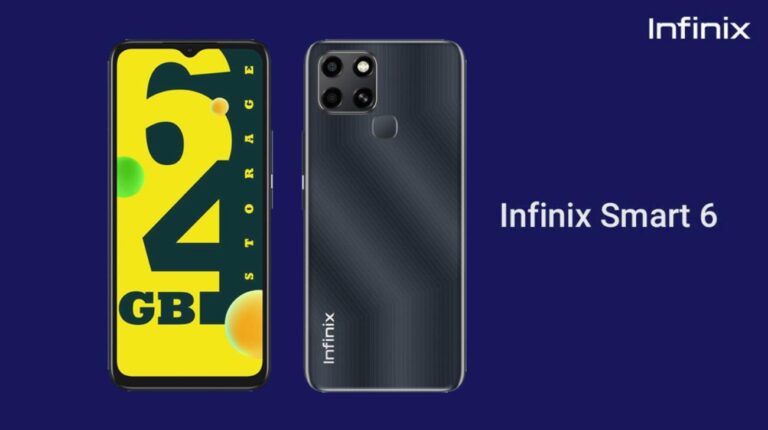 A new budget smartphone from Infinix called Smart 6 has been officially launched in India. It is priced at Rs. 7499 and will go on sale at Flipkart from May 6th. It comes in Heart of Ocean and Polar Black color options.

For starters, the handset runs on Android 11 (Go Edition) based XOS 7.6. It has dual Nano SIM slots and supports 4G voLTE. The rear panel has Silver Ions that gives bactericidal effect to reduce germs and bacteria.

Powering inside is 2GHz quad-core MediaTek Helio A22 processor with IMG powerVR GE-class GPU. It has 2GB LPDDR4X RAM and allows 2GB Virtual RAM. There is 64GB built-in storage space and allows microSD card up to 512GB for further storage expansion.

The Infinix Smart 6 specs include a 5000mAh battery with 10W charging support. It has a 5MP front camera with LED Flash. At the back side is an 8MP main Auto focus camera with F/2.0 Aperture and a depth camera along with dual-LED Flash.