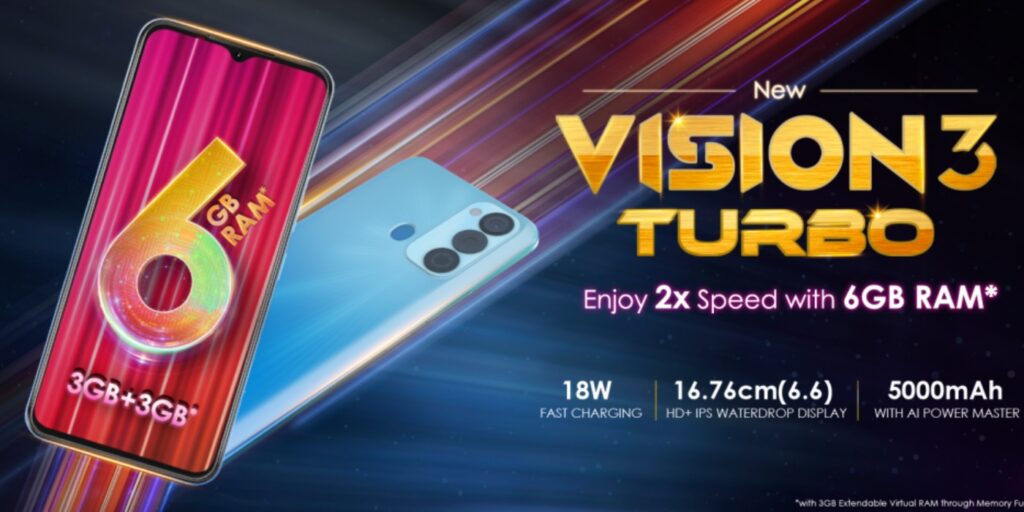 The itel Vision 3 Turbo is priced in India at Rs. 7699 and is already up for sale at company’s e-store. Company has included a protective case inside the box and is offering one-time screen replacement within 100 days.

It is a dual SIM smartphone with dual 4G VoLTE support. It comes with smart fingerprint sensor at back and supports face unlocking as well. The mobile runs on Android 11 OS out of the box.

The Itel Vision 3 Turbo feature in dual rear cameras with primary one being an 8MP auto focus shooter. At the front side is a 5MP selfie camera. Also included inside is a proximity sensor and G-sensor.

The smartphone packs in a 5000mAh battery that offers up to 28 hours of talk time or 562 hours of standby. It is said to deliver up to 158 hours of audio or about 15 hours of video playback.