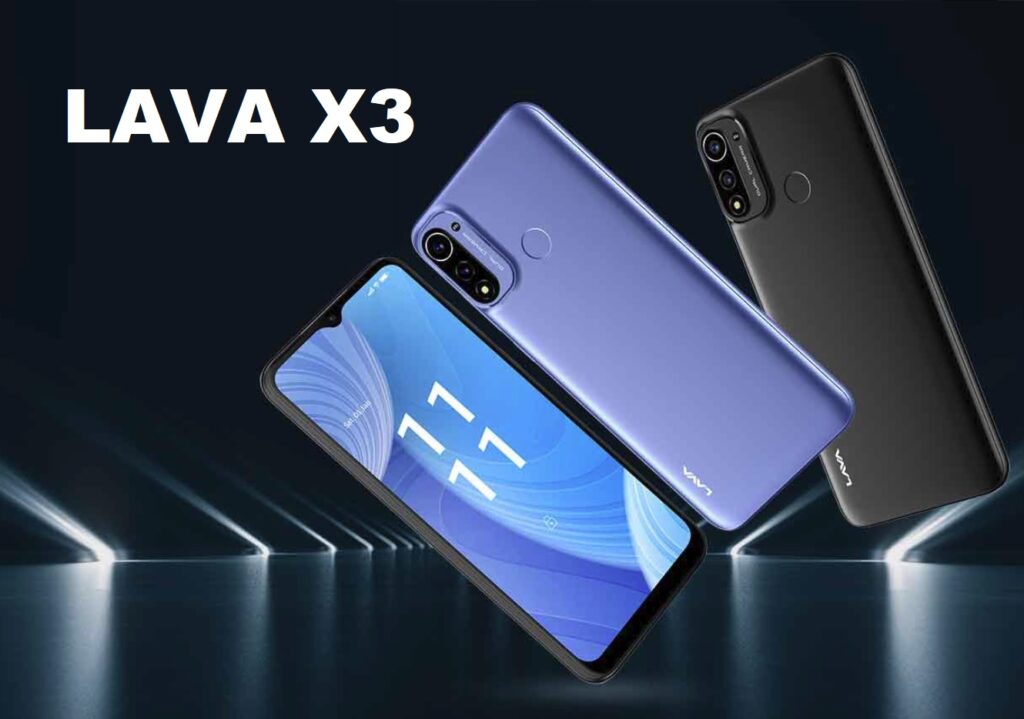 This new Lava X series mobile is powered by Android 12 Go Edition. It has hybrid dual Nano SIM slots and supports 4G VoLTE. There is a rear mounted fingerprint sensor and a 4000mah battery inside with 10W charging support.

The Lava X3 specs include 6.5-Inch display that offers 1600 x 720 pixels resolution at 20:9 aspect ratio. Under the hood is a 2GHz quad-core MediaTek Helio A22 processor paired with IMG PowerVR GE-class GPU.

The smartphone packs in 3GB RAM, 32GB storage space and supports further expansion up to 512GB with MicroSD card. It has a 5MP selfie camera coupled with 8MP main and VGA cameras at back and LED Flash.

The LAVA X3 price in India is set at Rs. 6999 and comes in Charcoal Black, Arctic Blue and Luster Blue colors. It will go on sale at Amazon.in from December 20th. It is up for pre-order. Notably, those who pre-book this mobile will get free ProBuds N1 earphones.