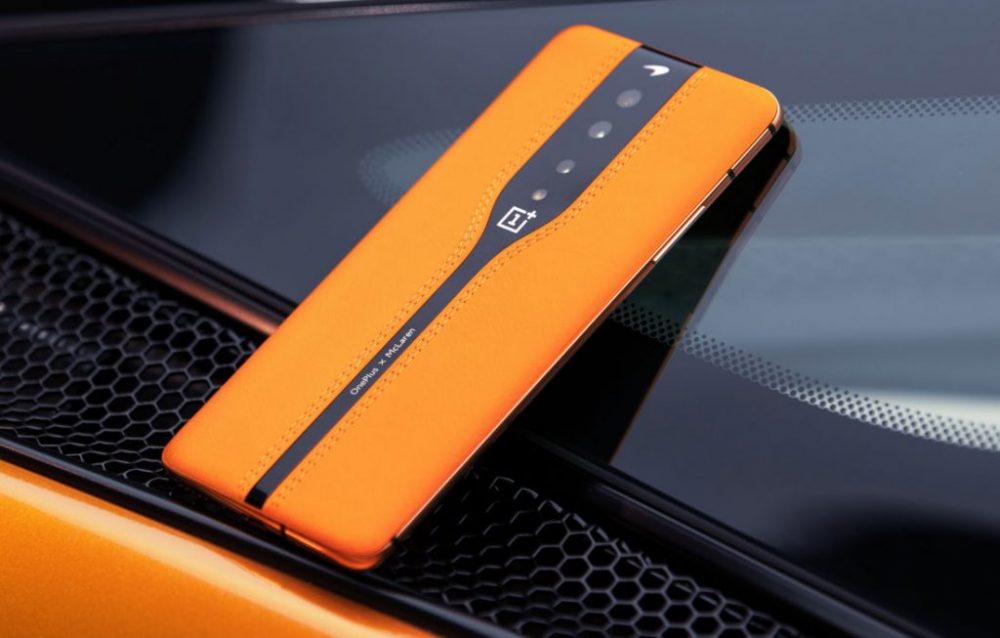 OnePlus has announced its first concept phone at CES 2020 called OnePlus Concept One. It is a McLaren design inspired smartphone which was possible thanks to their long lasting partnership.

The OnePlus Concept One comes with invisible cameras. Well not exactly, it uses Electrochromic Glass Technology, which is a color shifting glass technology to change the transparency of glass, thus making the rear cameras invisible. A similar technology has been used in McLaren’s 720s Spider luxury sports car.

The glass can instantly shift from transparent to opaque black. It has organic particles to create changes in transparency. Interestingly, with this tech, glass also acts a polarizing filter for camera which allows users to achieve sharper finely detailed shots.

The OnePlus Concept One makes use of both glass and leather, a combination seen in McLaren’s super cars. The glass panels are just 0.1mm each for a combined total of 0.35mm which itself thinner than industry’s average.

This Concept One phone from OnePlus takes about 0.7 seconds to transition shades. The time take itself is a feature to achieve and the technology uses almost no power.

For now, OnePlus Concept One is just a proof of concept and miniaturizing the technology for use in phones took some extraordinary work on the part of OnePlus’s R&D team. To make the product ready, it requires a lot of testing and verification.