An unknown Meizu smartphone bearing codename Meizu M1822 has been spotted at Geekbench. The listing has revealed some key details.

The smartphone is running Android 8.1 Oreo OS. It managed to score 1484 points in single core and 5639 points in multi-core tests.

The Meizu M1822 is being powered by an octa-core Snapdragon processor with 1.84GHz base frequency and has 4GB of RAM. 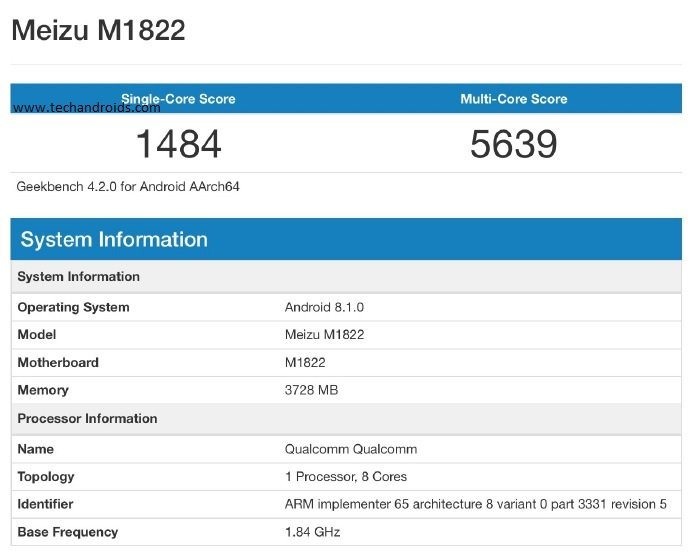 The benchmark hasn’t revealed any details on phones chipset (which it usually does). Considering the scores, the M1822 is probably being powered by Snapdragon 632 mobile platform.

Other details are still in the dark at the moment.

Samsung Galaxy A9 (2018) found listed ahead of launched