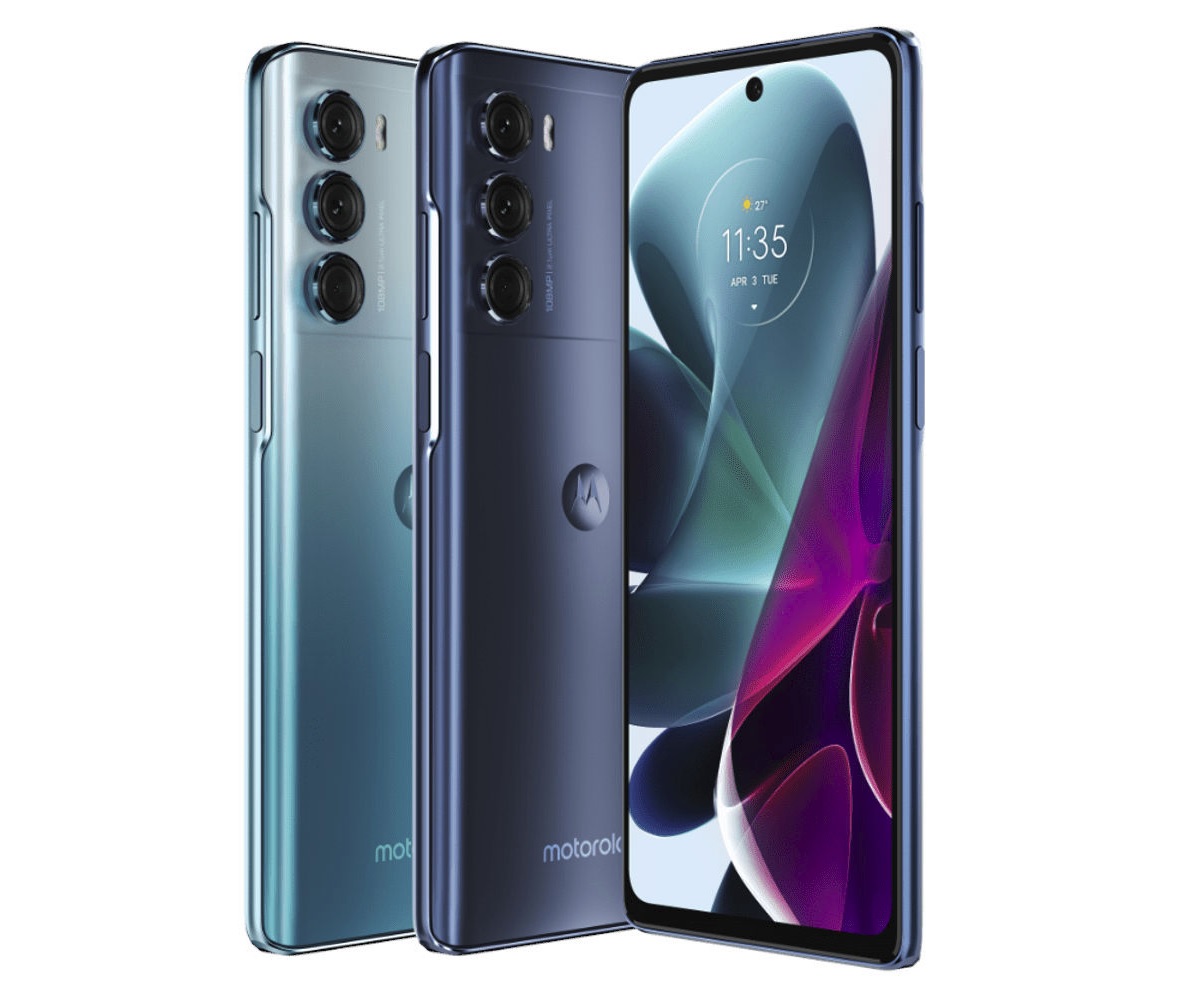 It is a flagship smartphone with dimensions of 168.07 x 75.53 x 8.89 mm and weighs 202 grams. It has fingerprint sensor for biometrics and IP52 rating for water and splash resistance.

The cellphone houses 8GB LPDDR5 RAM and 128GB UFS 3.1 storage space. The hardware is juiced up by a 5000mAh battery and supports 33W fast charging. The handset runs on Android 11 OS out of the box.

The Motorola Moto G200 is priced at 450 Euros and comes in Stellar Blue and Glacier Green color. It will start rolling out in UK followed by Latin American markets.

The Moto G71 is priced at 300 Euros and go on sale exclusively at Amazon in few weeks. It has Iron Black, Arctic Blue and Neptune Green color option. It will rollout in Europe followed by India, Latin American and Middle East.

The cell phone comes in dimensions of 161.19 x 73.87 x 8.49mm and has weight of 208 grams. It has Android 11 OS pre-installed and houses a fingerprint sensor for security. The device sports IP52 splash resistant rating.

The Moto G51 is priced at 230 Euros and is offered in Indigo Blue and bright silver colors. It will start rolling out in Europe, followed by India, Latin America, Middle East and other Asian markets soon.

These come with Hybrid dual Nano SIM slots and support dual 4G voLTE. These have side-mounted fingerprint sensor and run on Android 11 OS. They have 5000mAh batter. The G41 has 30W fast charging while the G31 has 10W charging.

The Moto G41 is priced at 250 Euros and comes in Meteorite Black and Pearl Gold colors. It will initially roll out in Europe followed by Latin America and Middle East.