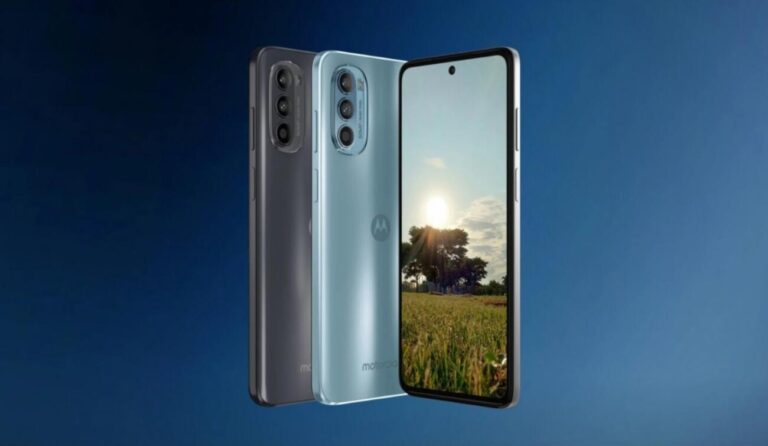 Motorola has officially announced its new Moto G Series smartphone called Moto G52. It is priced at 249 Euros and is offered in Charcoal Grey, Porcelain White and Blue colors.

With measurements of 160.98 x 74.46 x 7.99 mm and 169 grams, the Moto G52 offers IP52 water / dust proof rating. Biometrics are take care by a fingerprint sensor which is placed at side. There are dual stereo speakers with Dolby Atmos.

The Moto G52 comes with 4GB/6GB RAM options and 128Gb/256GB storage variants. It has microSD card support for up to 1TB storage expansion. The smartphone is powered by Android 12 OS out of the box.