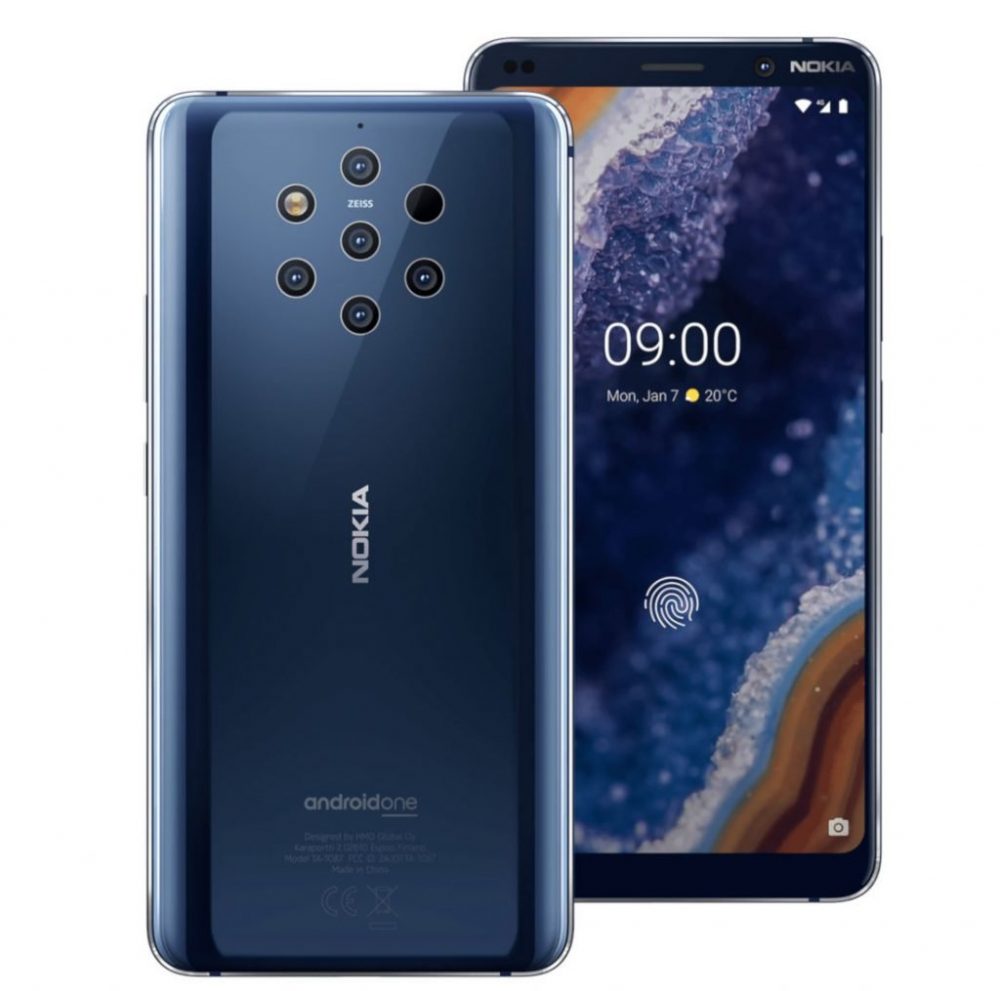 The phone runs on Android 9.0 Pie OS and is powered by 3320mAh fast charging battery. Wireless charging is supported as well.

Under the hood is 2.8GHz octa-core Snapdragon 845 processor with Adreno 630 GPU. There is 6GB LPDDR4X RAM and 128GB UFS2.1 non expandable storage space.

The Nokia 9 PureView price is Rs. 49,999 in India and comes in Midnight Blue colors. The cellphone will be available from company’s official site and Flipkart from July 10th (Today). It will also sell at major mobile phone retailers from July 17th.