Just yesterday, a Nubia announced its Red Magic gaming smartphone. Now, an unknown phone bearing the model Nubia NX617J has made way at TENAA for certification. Moreover, the handset bearing the same model number has surfaced at GeekBench.

The Nubia NX617J runs on Android 7.1.2 Nougat OS. It has 16MP + 8MP dual rear cameras with LED Flash and supports at least 1080p video recording. At the front side is a 16MP shooter for selfies.

The phone is powered by a powerful 4870 mAh battery which should last you couple of days. It also supports 4G VoLTE, Wi-Fi 802.11 a/b/g/n, Wi-Fi Hotspot, Bluetooth V4.2 and GPS. There is a rear facing fingerprint sensor for added security. Gravity, Proximity and Light sensors also makes way. 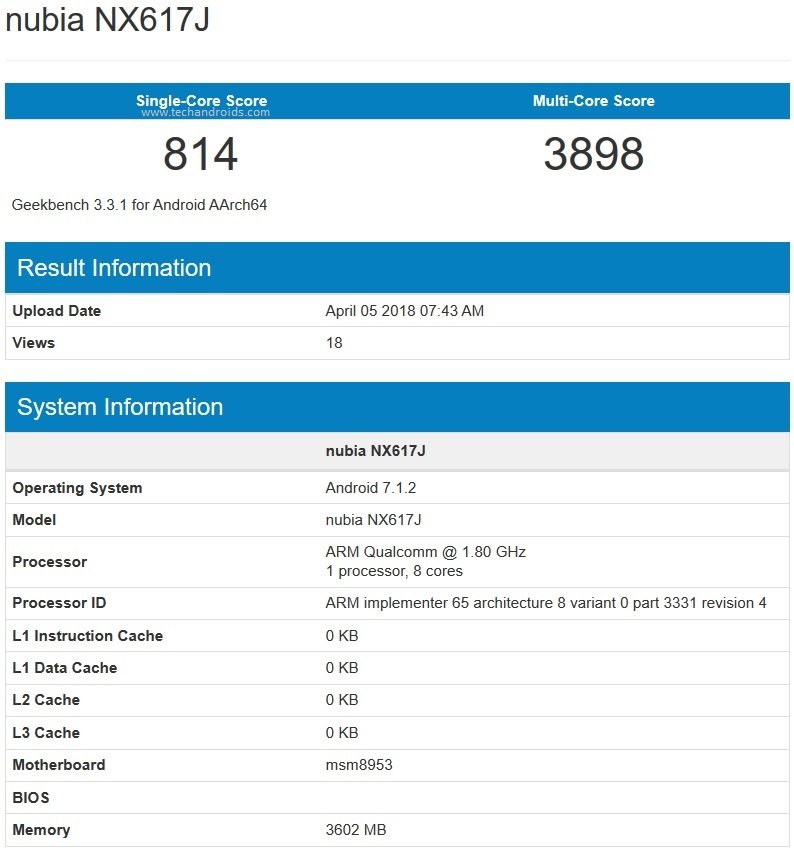 Additionally, the Nubia NX617J has also been spotted at GeekBench. The variant listed is 4GB model and reveals the processor chipset (MSM8953) and confirms Nougat OS. Talking about the score, it managed to fetch 814 points on single core and 3898 points in multi-core tests.

The Nubia NX617J will come in Black and Gold colors. It’s name, availability and pricing are not known yet.

Panasonic Eluga I7 with 4000 mAh battery launched in India