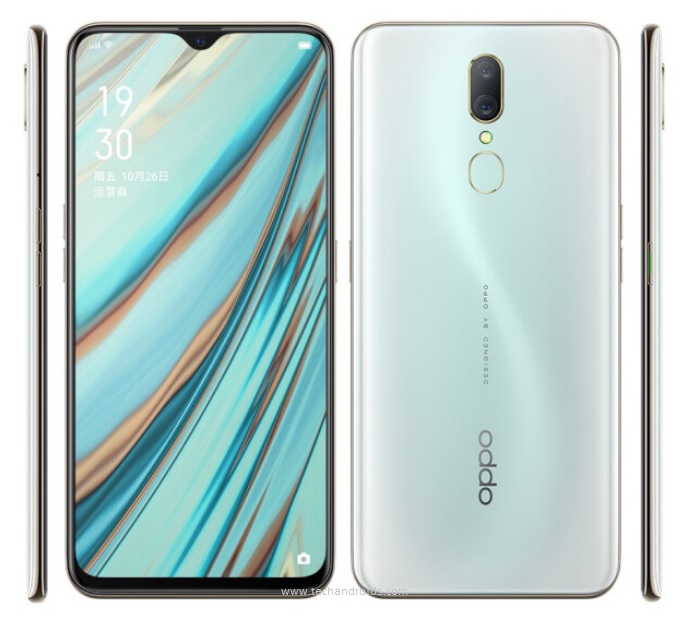 UPDATE: The Oppo A9X Specifications are now out thanks to its official listing. For starters, that handset will come in Ice White Jade and Obsidian Black colors.

Phone specs include 6.53-inch multi-touch display with Full HD+ resolution and 90.70% screen-to-body ratio. The screen has Corning Gorilla Glass 5 protection as well. There is a notch at the top which houses 16MP AI selfie camera.

The Oppo A9X specs also include 48MP primary rear camera with F/1.7 Aperture, 6P lens and 4-in-1 pixel binning to form 1.6um large aperture. There is a secondary shooter at the back as well along with LED Flash. Just under cameras is a fingerprint sensor.

At its core is MediaTeK Helio P70 SoC paired with 6GB RAM and 128GB ROM. There is a 4020 mAh battery inside which supports VOOC 3.0 fast charging support. Usual connectivity options are supported as well.

EARLIER: Upcoming OPPO A9X smartphone, which is due for release this May 21 has been listed online at JD.com. The listing has shed some light into phones design, thanks to the phones pictures.

The retailer hasn’t revealed specifications of Oppo A9X yet. From what we can see in pictures, the smartphone will feature in dual camera setup at the back. Just under the camera module is LED flash and a fingerprint sensor.

The handset sports slim bezels at the sides with a notch at the top for front camera and a noticeable bottom bezel. According to the listing, Oppo A9X color options include Black, White, Black Suite and White Suite shades.

The handset is expected to run on Android 9.0 Pie with Color OS 6.0. Rumors point to a 6.53-inch FHD+ display paired with MediaTek Helio P70 SoC. Also expected is 4020 mAh battery.

Official details of Oppo A9X will be out on May 21. We will be covering the piece so stay tuned.