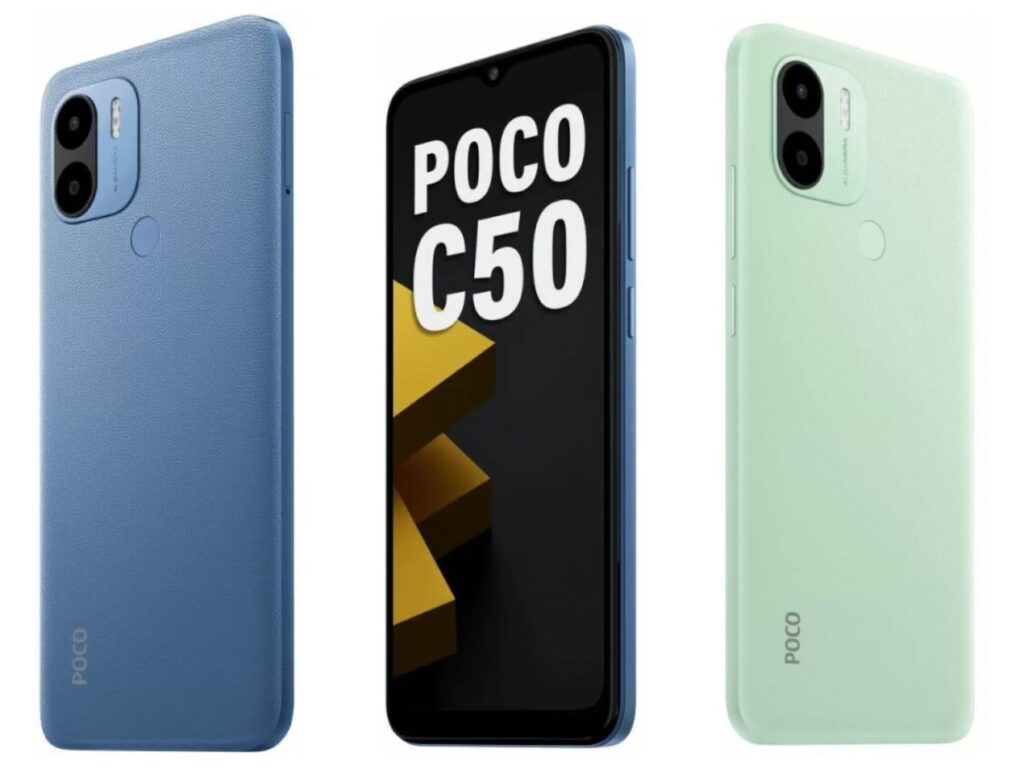 POCO expands its C Series smartphone lineup with the launch of a new budget smartphone called POCO C50. The smartphone shares similarities with Redmi A1+ that went official in October 2022.

The phone has dimensions of 164.9 x 76.75 x 9.09 mm and weighs 192 grams. It has P2i splash resistant coating and houses a speaker on top. The smartphone is powered by Android 12 Go Edition and houses dual Nano SIM slots.

The POCO C50 specs include 6.52-inch LCD display with 1600 x 720 pixels resolution and 20:9 aspect ratio. The screen delivers 400nits of brightness and houses a scratch resistant glass on top.

Powering inside C50 is a 2GHz quad-core MediaTek Helio A22 processor and IMG PowerVR GE-Class GPU. The smartphone is available in 2GB/3GB LPDDR4X RAM options and has 32GB eMMC5.1 storage space. It has dedicated microSD card slot allowing further storage expansion up to 512GB.

In terms of optics, a 5MP camera is placed at front with F/2.2 Aperture. At the back side is an 8MP main camera with F/2.0 Aperture, a secondary depth sensor and LED Flash. There is a fingerprint sensor placed at back as well.

The 2GB/32GB model is priced at Rs. 6499 while the 3GB/32GB variant costs Rs. 7299 in India. The smartphone comes in Royal Blue and Country Green colors. Under an initial introductory offer, buyers can avail Rs. 250 discount coupon. The cell phone will go on sale in India at Flipkart from January 10th.