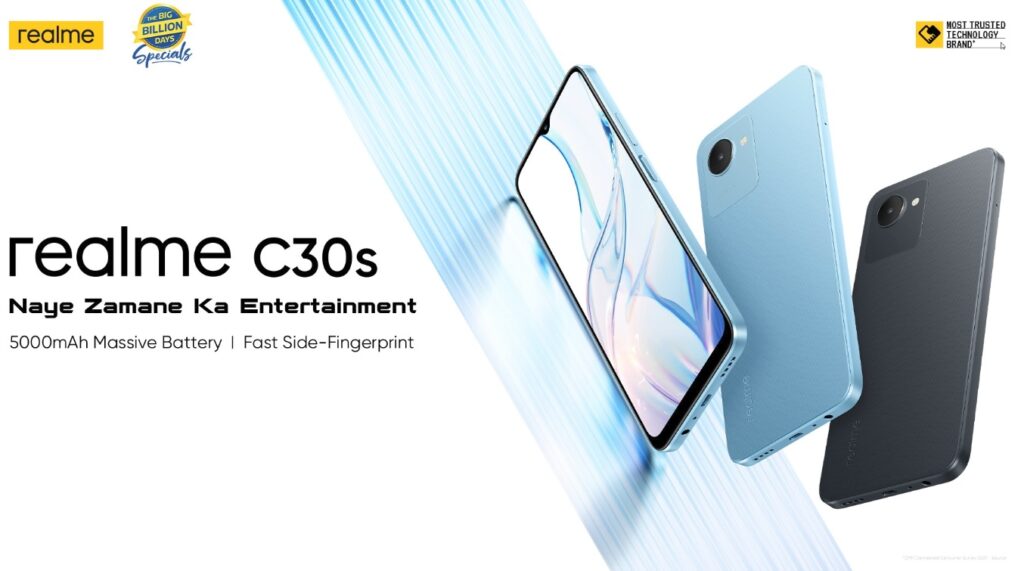 The handset comes with dual Nano SIM slots with dual 4G VoLTE support. It has side-mounted fingerprint sensor and runs on Android 12 based Realme UI Go Edition. It has a 5000mAh battery with 10W charging.

The C30s will go on sale in India from September 23rd at Flipkart’s Big Billion Days sale. Apart from Flipkart, the handset will also sell at Realme.com and offline stores.