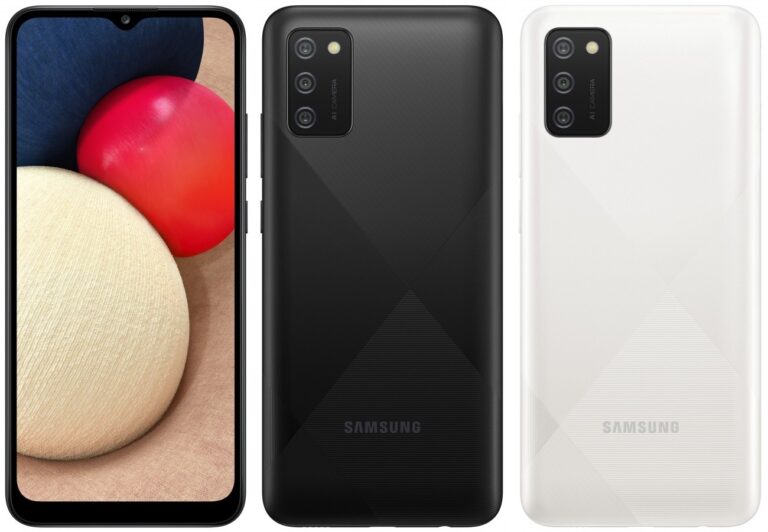 The Galaxy A02 (2021) is powered by Android 10 OS with One UI on top. It has Dual Nano SIM slots with dual 4G VoLTE support. There is no fingerprint sensor though.

The handset has three variants – one with 2GB RAM and 32GB storage and others with 3GB RAM and 32GB / 64GB built-in ROM. The device has MicroSD card slot for further expansion up to 1TB.

The Samsung Galaxy A02 (2021) color options include Denim Red, Denim Blue and Denim Black shades. Price and availability details of handset were not revealed. [via]