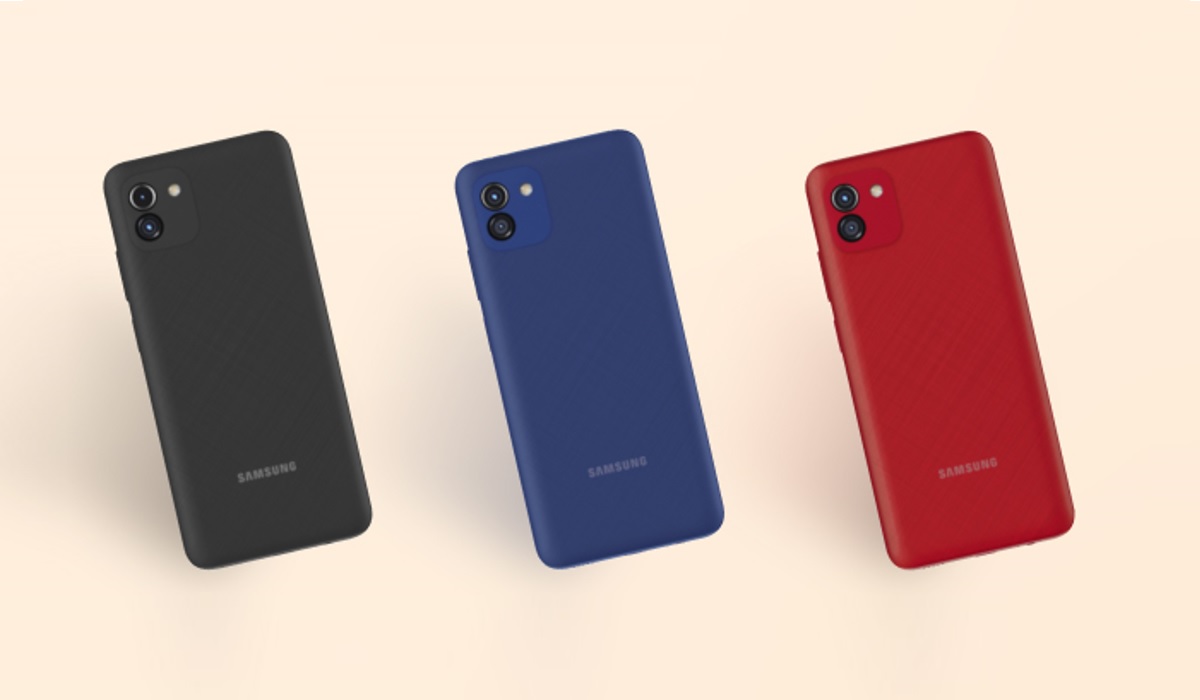 Samsung has unveiled a new Galaxy A Series smartphone called Galaxy A03 (SM-A032F). It comes in Black, Blue and Red color options. Pricing and availability details were left out.

Samsung Galaxy A03 specifications and features

This particular smartphone offers dual SIM connectivity with its Nano slots. The device has measurements of 164.2 x 75.9 x 9.1 mm and weighs just about 206 grams.

The smartphone comes in options of 3GB RAM with 32GB storage and 4GB RAM with 64GB / 128GB storage space. It includes a dedicated MicroSD card slot for further expansion.