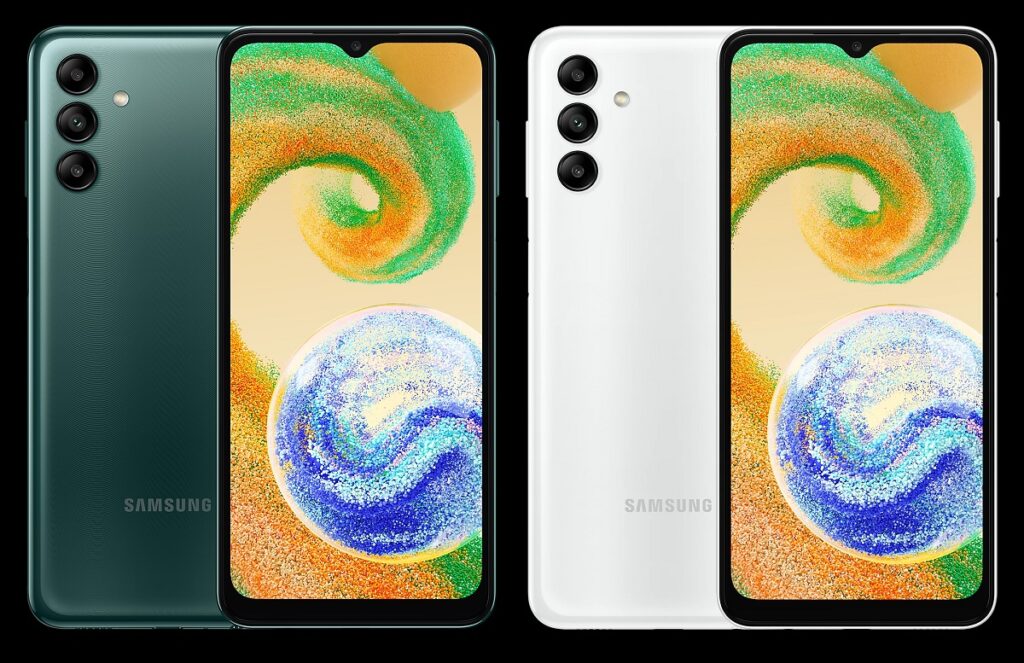 Samsung has unveiled its latest Galaxy A Series smartphone called Galaxy A04s. The mobile seems to be a variant of Galaxy A04 which was announced earlier this month.

The handset comes in Black, White, Green and Orange colors. Price and availability of A04s has not been revealed.

It is an Android 12 powered smartphone with One UI Core 4.1 on top. It has dual SIM support with dual 4G VoLTE.

The Galaxy A04s feature an octa-core processor which is likely to be Exynos 850 8nm SoC. It has options of 3GB RAM with 32GB storage and 4GB RAM with 64GB/128GB storage space. It does allow further expansion up to 1TB using MicroSD card (dedicated slot).