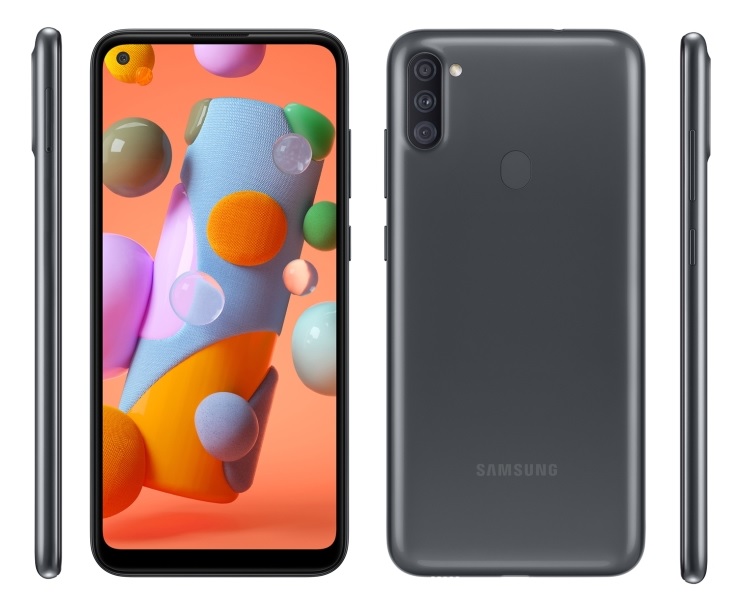 Samsung has silently unveiled its latest Galaxy A Series smartphone called Galaxy A11. It comes with lower-mid range specs sheet.

The Samsung Galaxy A11 features in rear mounted fingerprint sensor and supports face recognition as well. It comes with 6.4-inch Infinity-O display with HD+ resolution.

It has a punch hole for its 8MP selfie camera. At the back side is a combination of triple shooters. These include 13MP (main) + 2MP (depth) + 5MP (wide-angle) snappers.

The Samsung Galaxy A11 specs also include 1.8GHz octa-core processor with 2GB / 3GB RAM and 32GB storage space. It has MicroSD card support for further storage expansion. A 4000mAh battery is also included.

The Samsung Galaxy A11 colors include Black, White, Red and Blue shades. Pricing and availability details were not revealed.