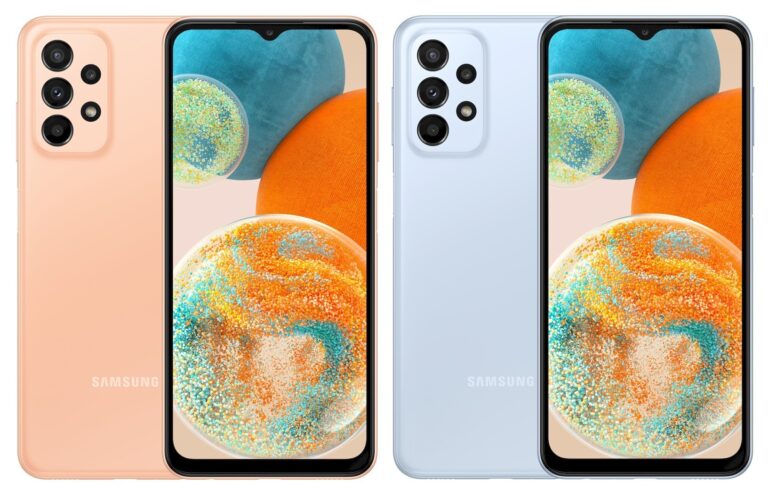 Samsung, without much chatter, has revealed a new Galaxy A series 5G smartphone called Galaxy A23 5G. It is successor to Galaxy A22 5G.

The handset comes in Black, Blue, Orange and White colors. Pricing and availability details were not revealed.

The mobile offers dual SIM connectivity with 5G SA/NSA and Dual 4G VoLTE. It includes a fingerprint sensor at side for biometrics and runs on Android 12 with One UI 4.1 on top.

The Galaxy A23 5G specs include 6.6-inch Infinity-V display offering FHD+ resolution. Under the hood is an octa-core chipset, which is a Snapdragon 695 SoC (revealed by GeekBench).

The smartphone comes with several configurations of 4GB/6GB/8GB RAM with 64GB/128GB storage options. It has microSD card support as well for further storage expansion.