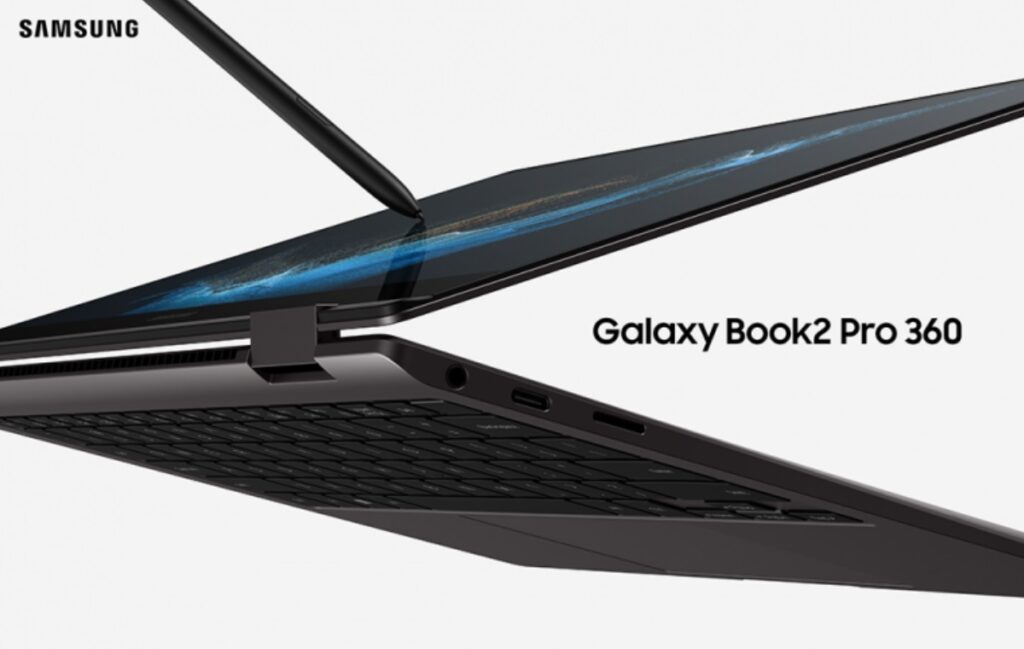 The Samsung Galaxy Book 2 Pro 360 comes with S-Pen and a 360-degre rotatable Super AMOLED display. The S-Pen installed in this notebook offers enhanced work efficiency by allowing users to write down difficult-to-type content like lectures and meetings.

It has 33.7-cm 360-degree rotatable touch screen that offers both tablet and laptop like experience. The notebook itself sports a thickness of 11.5mm and has weight of 1.04 Kg.

The Galaxy Book2 Pro 360 specs include a Snapdragon 8cx Gen 3 compute platform inside, which is paired with Qualcomm Adreno GPU. It is claimed to boast upto 60% higher performance than Snapdragon 8cx 2nd Gen.

This Samsung convertible notebook offers a generous 30 hours of video playback on a single charge. Additionally, it can easily link with various Galaxy devices like smartphones, tablets and wearables easily.

[Official] Samsung Galaxy A14 5G is launched in US markets