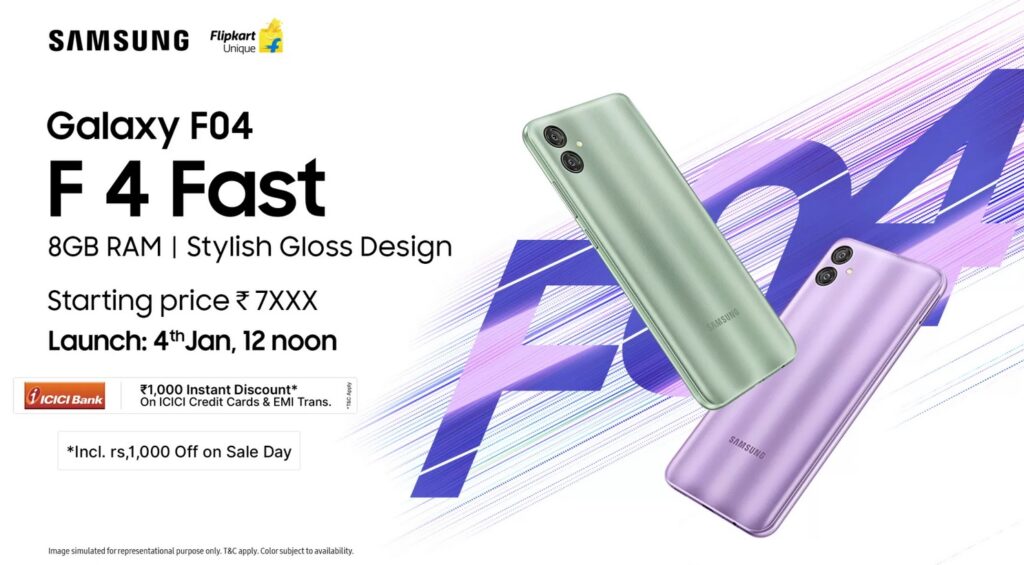 A new budget smartphone from Samsung in its Galaxy F series has launched in India. It is dubbed as Galaxy F04 4G.

The Samsung Galaxy F04 is powered by Android 12 and OneUI on top. Samsung has promised 2 years worth of OS updates. It has dual nano SIM slots and a dedicated microSD card slot.

The Galaxy F04 specs include 4GB RAM and 64GB storage space, which is further expandable up to 1TB using MicroSD card slot. It has a 5000mAh battery and supports 15W fast charging.

The Samsung Galaxy F04 is priced a Rs. 9499 (Rs. 7499 launch offer) and comes in Jade Purple and Opal Green colors. It is up for booking in India and will be available from January 12th.