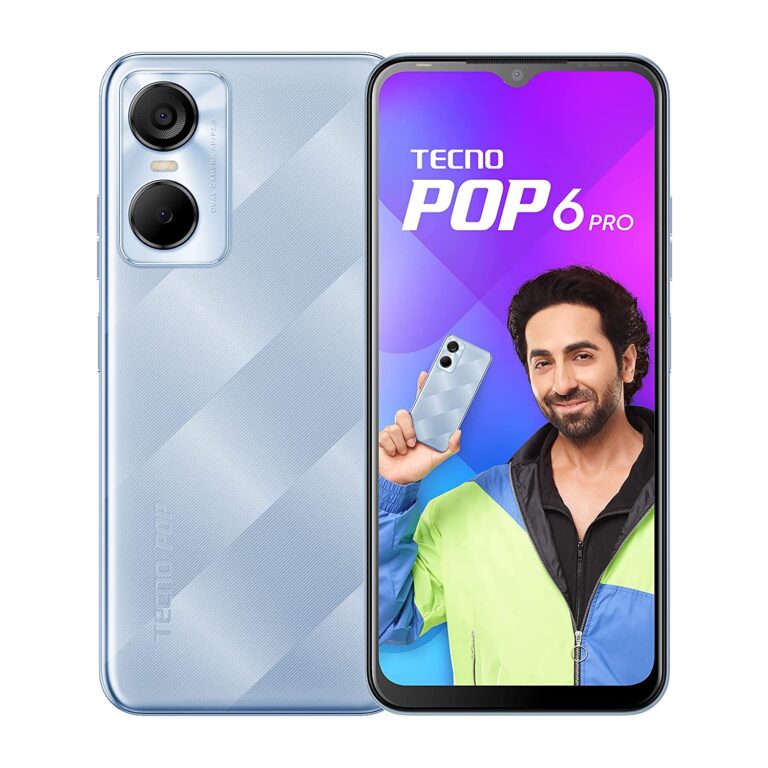 TECNO expands its budget smartphone offering in India with the launch of TECNO POP 6 Pro cell phone. It comes in Polar Black and Peaceful Blue colors.

It is a dual SIM smartphone with support for 4G VoLTE. It runs on Android 12 Go Edition based HiOS 8.6 out of the box.

Powering inside is 2GHz quad-core MediaTek Helio A22 processor with IMG PowerVR GE-class GPU. It is paired with 2GB RAM and 32GB storage space, and allows further expansion up to 256GB with microSD card.

The TECNO POP 6 pro feature in a side mounted fingerprint sensor for biometrics. It has a 5000mAh battery inside. For optics a 5MP camera is placed at front with F/2.0 Aperture and LED flash. At the back side houses an 8MP main camera with F/2.0 Aperture, paired with second AI lens and dual-LED Flash.

The cell phone is priced at Rs. 6099 and is up for sale at Amazon.in. SBI bank card users can avail 10% discount on purchases.