Vivo iQOO Neo 855 photos out by Chinese retailer, to launch on October 24

By Pawan Lokhandwala
In Phones
on October 18, 20191 min read 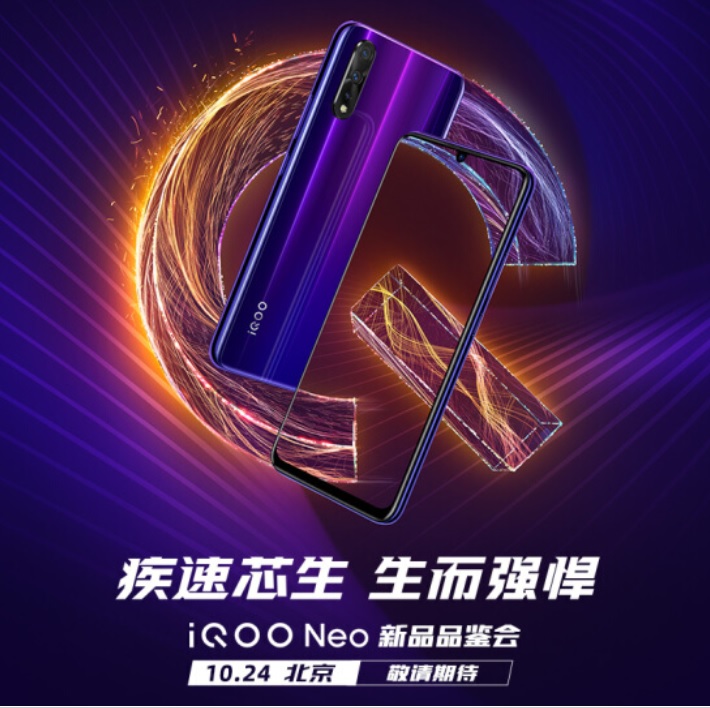 VIVO is slated to officially launched its new iQOO series smartphone in China called VIVO iQOO Neo 855. The handset will launch on October 24th which company has already confirmed.

Ahead of its announcement, a Chinese retailer Jd.com has listed the phone online. It has also revealed several photos of iQOO Neo 855 and has confirmed few key details. The cellphone comes with model number V1936A.

For Starters, the handset will come in Carbon Black, Electro-optic Violet and Icelandic Aurora colors. Additionally, Vivo iQOO Neo 855 will have options of 6GB RAM with 64GB storage, 6GB RAM with 128GB Storage space and premium model with 8GB RAM and 128GB ROM.

The mobile has been confirmed to feature in octa-core Snapdragon 855 mobile platform with Adreno 640 GPU. The cellphone is expected to come with FHD+ resolution.Chinese buyers can reserve the phone at JD.com. Other details will be out on October 24, once iQOO Neo 855 officially launches.