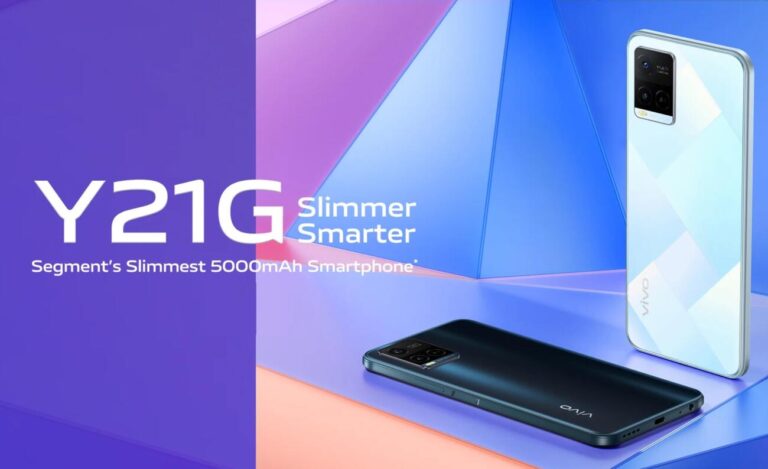 VIVO expands its Y Series mobile lineup with the launch of VIVO Y21G smartphone in India. It is powered by Android 12 based FunTouch OS 12 and comes with several enhancements like Multi-Turbo 5.0..

For optics, it has an 8MP front camera with F/2.0 Aperture and allows face unlocking. At the back are dual cameras with LED Flash. It has 13MP main with F/2.2 aperture lens and 2MP macro (up to 4cm) lens with F/2.4 Aperture.

The Y21G from VIVO comes with a 5000mAh battery and supports 18W fast charging.

The Y21G price is set at Rs. 13990 and comes in Midnight Blue and Diamond Glow colors. It will go on sale at online and offline stores across India soon.