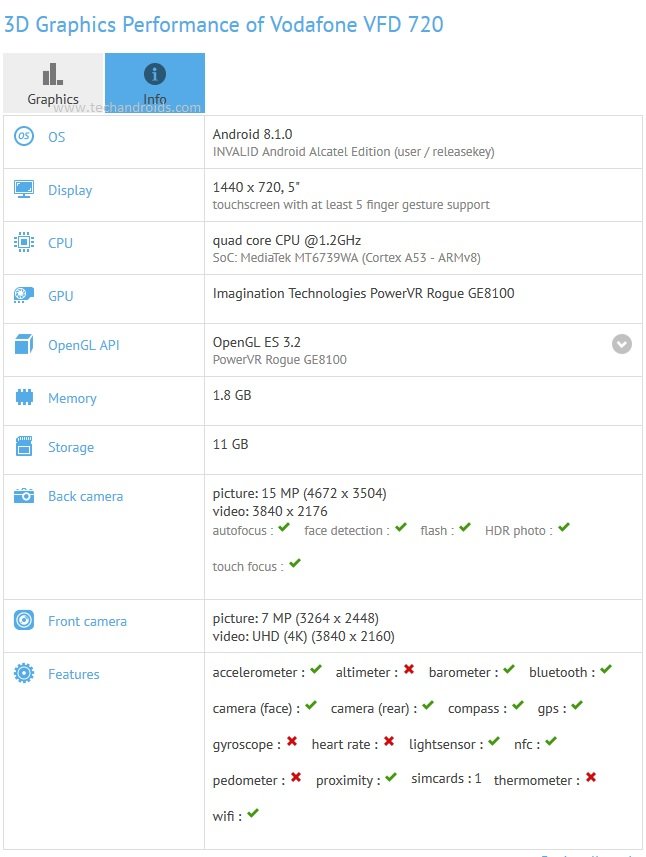 It seems like Vodafone will soon unveil a bezel-less smartphone of its own. A handset bearing the name Vodafone VFD 720 has made its way at GFXBench revealing most of its specifications.

Following the latest smartphone trends, the model seems to have a bezel-less design. It has 5-inch multi-touch display with 1440 x 720 pixels HD+ resolution.

The Vodafone VFD 720 features in budget specs. It is listed with 1.2GHz quad-core MediaTek MT6739WA processor with PowerVR Rogue GE8100 GPU. It has about 8GB RAM and 16GB internal memory of which about 11 GB should be user available.

According to GFXBench, the handset sports an 8MP front facing camera for selfies. At the back is a 16MP primary snapper with LED Flash, Auto Focus, Touch Focus, Face Detection and HDR capabilities.

The Vodafone VFD 720 runs on Android 8.1 Oreo OS. It mentions Alcatel Edition which hints Alcatel as the maker.