Xiami could soon launch an Mi 6 variant which the company will call as Mi 6S. The handset has made its way at Geekbench which has shed some light on key specs of the phone.

For starters, the Xiaomi Mi 6S is running on Android 9.0 Pie OS out of the box. It is powered by octa-core Snapdragon 835 (MSM8998) Mobile platform with base clock frequency of 2.11GHz. It has Adreno 540 GPU for graphics.

The Geekbench also reveals that this upcoming smartphone houses 6GB of RAM. The device managed to score 1830 points in single core tests and 6944 points in multi-cores. Other details were not revealed. 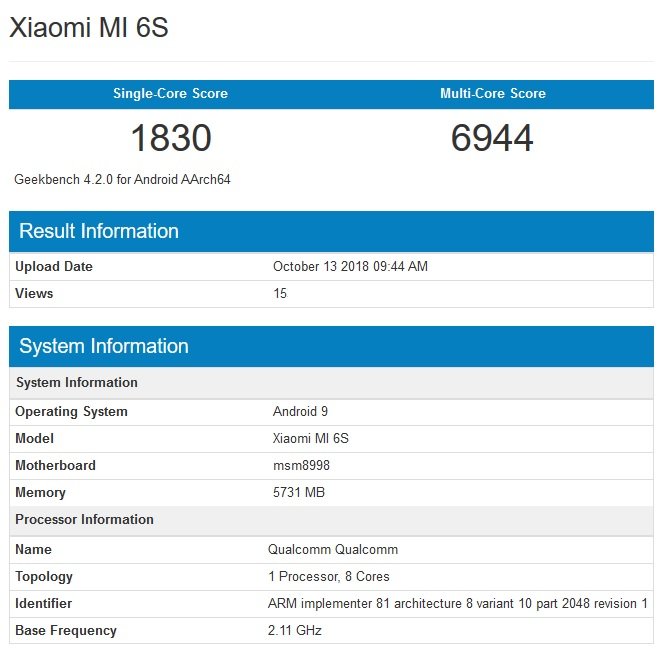 There are strong chances that company might have 4GB RAM variant of Mi 6S as well. Dual cameras setup at the back is also a strong possibility.

Nevertheless, Xiaomi should start rolling out teasers of the handset soon. The Mi 6S could make an official announcement by the end of the month along with flagship Mi MIX 3.

[Rumor] Nubia HIPAD tablet in works according to leaked poster