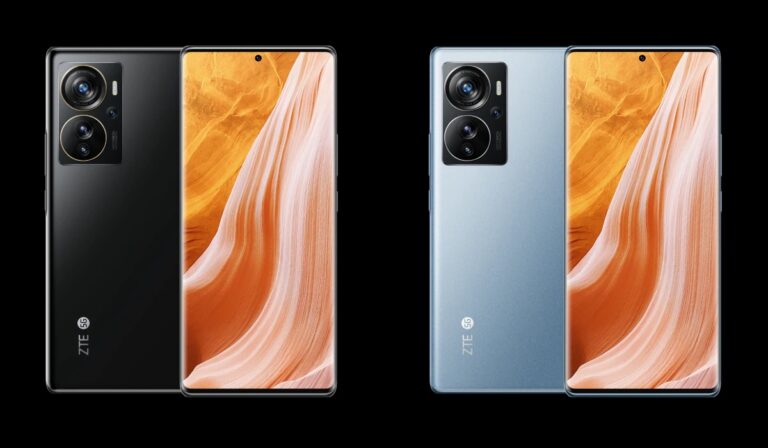 ZTE introduced its Axon 40 Pro smartphone in China back in May. Now, company has released this cell phone in global markets.

The smartphone itself measures 162.9 x 72.9 x 8.46 mm and weighs 199 grams. It has an in-display fingerprint sensor for secure unlocking. The mobile runs on Android 12 based MyOS 12 out of the box.

The handset comes with dual Nano SIM slots and supports 5G SA/NSA and dual 4G VoLTE. It has stereo speakers and supports USB Type-C audio only.

The Axon 40 Pro comes in Black and Blue colors. It is already available at company’s official website. Market availability are as follows.