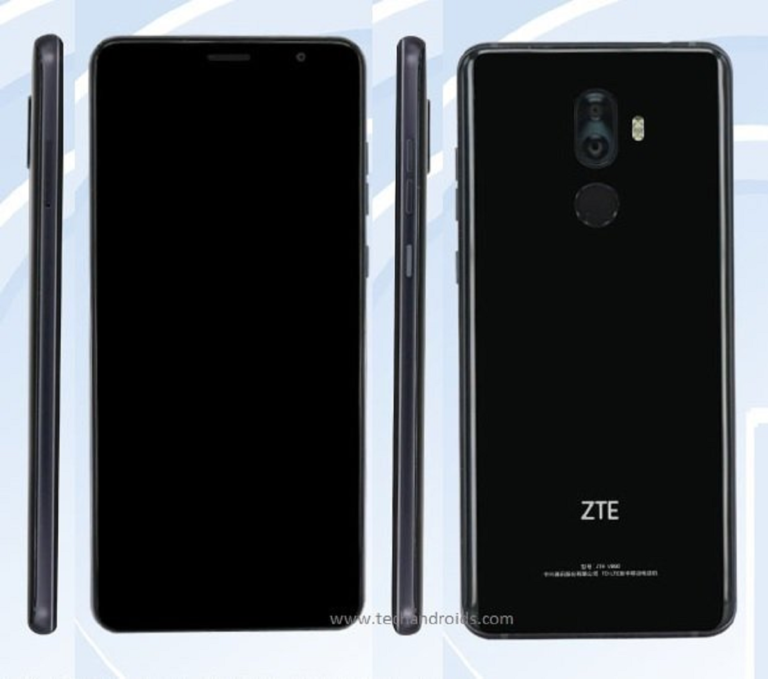 Earlier today, we reported that ZTE A606 entry level phone has been certified by TENAA. Now, there is yet another handset called ZTE V890 which has received TENAA certification.

It has premium specifications, sporting a 6-inch multi-touch display with 2160 x 1080 pixels resolution, which calculates to 18:9 aspect ratio. It is powered by a decent 3900 mAh battery .

Talking about dimensions, it measures 162 x 75 x 7.8 mm and weighs 168 grams. It has Metallic design with SIM tray at the left edge and volume rockers and power button on the right edge. At the back side is a fingerprint sensor for quick unlocking.

The ZTE V890 features features in 16MP + 2MP dual rear cameras with dual LED Flash and should record at least 1080p videos.. The front side packs in an 8MP shooter for selfies and video calling.

More details like its official name, pricing and release dates are not known yet. We should expect more leaks in coming time.