It comes with integrated speaker which is 50% louder and a microphone (relocated to reduce echo for better sound quality). The speakers are further optimized for phone calls, Siri and Walkie-talkie.

The Series 4 is made up of gorgeous black ceramic and sapphire crystal which allows radio waves to easily pass through the front and the back for better cellular service. Its digital crown offers haptic feedback, offering a more mechanical and responsive feel thorough the sensation of incremental clicks. 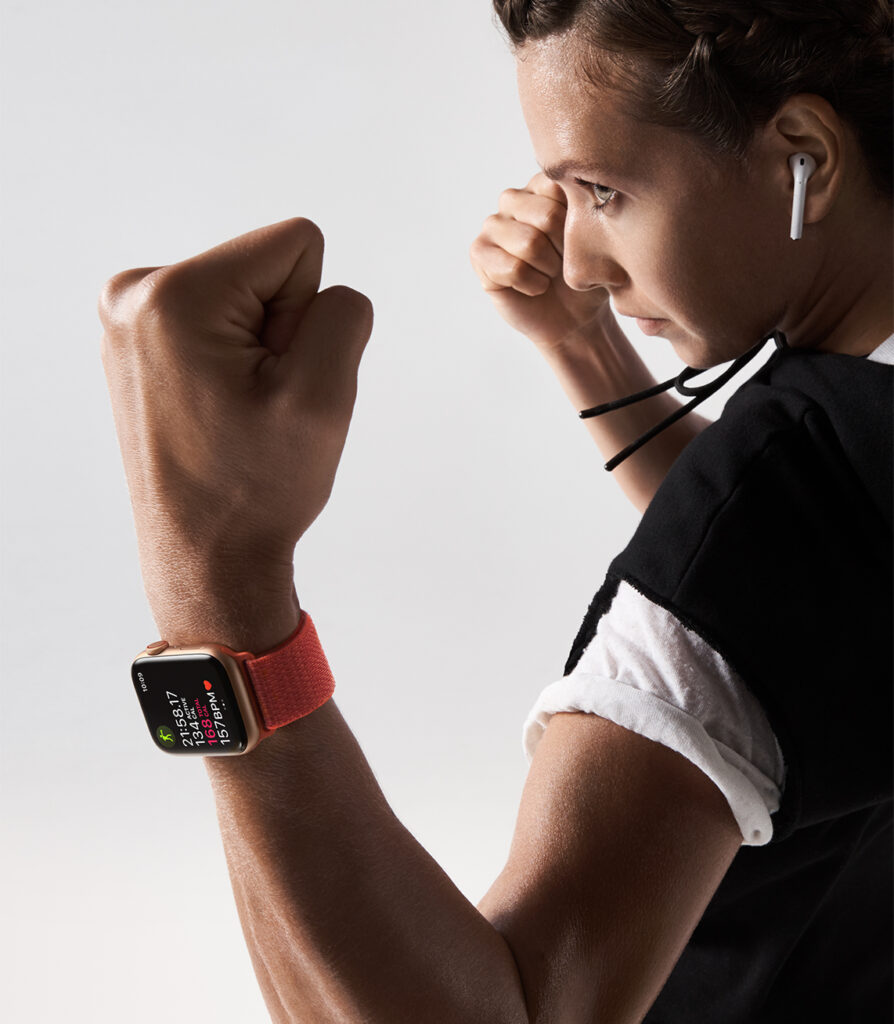 The Apple Watch Series 4 features in next-generation S4 chip with custom 64-bit dual-core processor which is 2X powerful than its predecessor. Yet the watch is power efficient to maintain a days worth of battery life.

The smartwatch runs on WatchOS 5 which brings advanced activity and communications features. It has a stunning display which is 30% larger yet it fits inside a smaller and thinner casing. The Apple Watch Series 4 will be offered in 40mm and 44mm sizes. 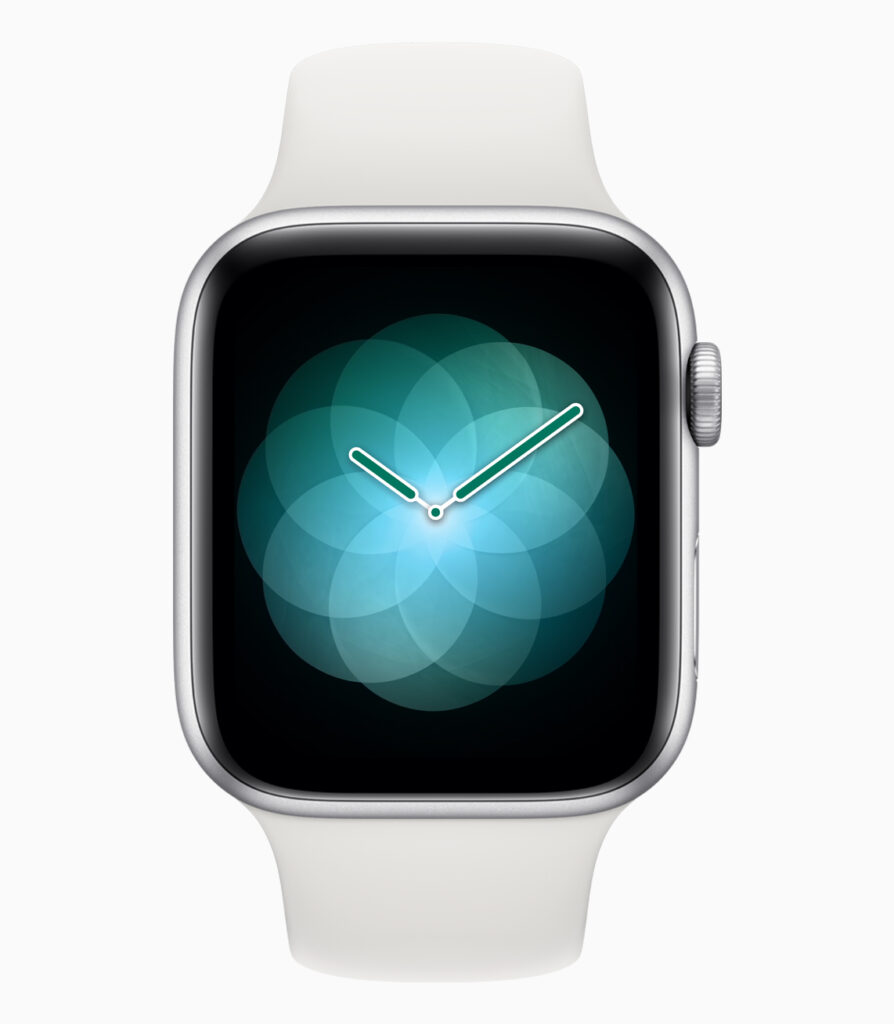 The user interface is optimized for larger display, offering bigger app icons and fonts. It also offers new watch faces that fully takes advantage of Series 4 display, from the endlessly customizable infograph face, to the breathe face (where the animation is timed around deep breath).  Additionally, a sutie of motion faces, including Vapor, Liquid Metal, Fire, Water react uniquely with the curved edges of the case.

The Apple Watch Series 4 packs comes with accelerometer and gyroscope, which helps detect hard falls. It measures up to 32 g-forces and uses custom algorithms to identify hard falls. Post wrist trajectory and impactApple Watch sends the user an alert after a fall, which can be used to dismiss or to initiate a call to emergency services. If Apple watch Series 4 senses immobility for 60 seconds after the notification, it will automatically call emergency servicess and send message with location to emergency contact. 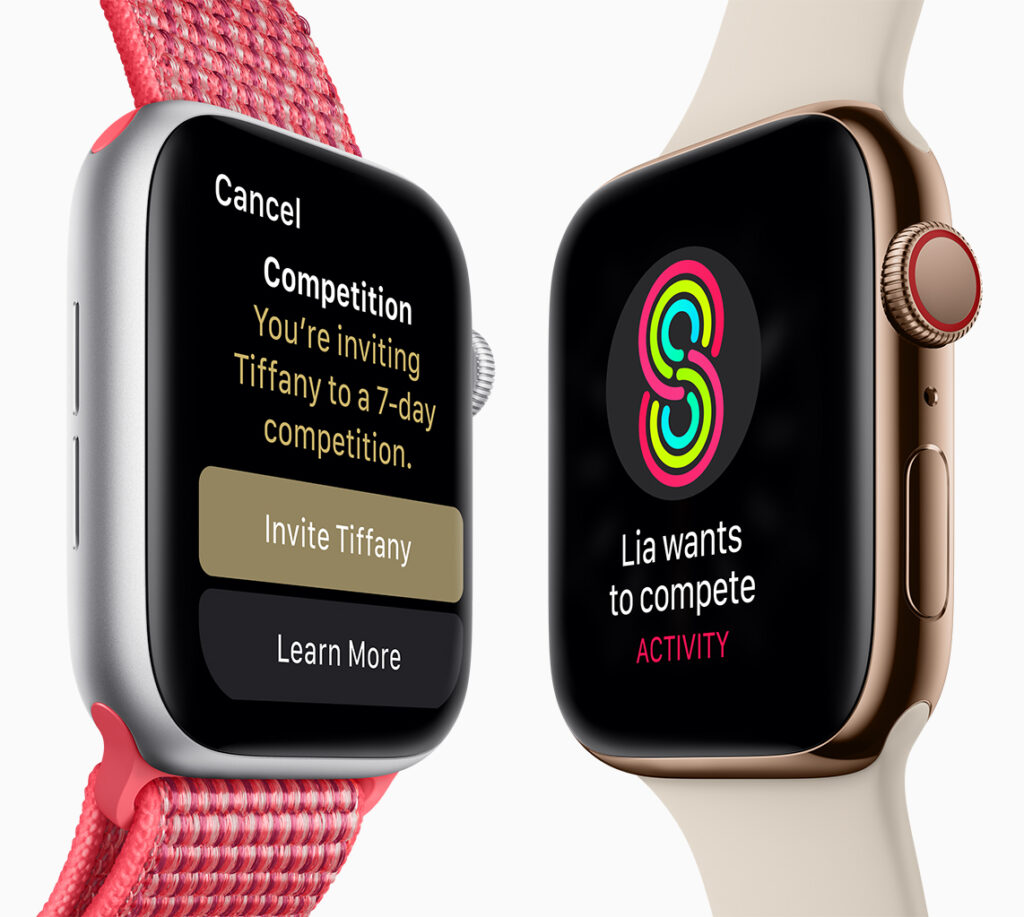 Additionally, it is also equipped with electrical heart rate sensor that can take an electrocardiogram (ECG) using the new ECG app, which has been granted a De Novo classification by FDA. It takes advantage of the electrodes built into the Digital Crown. With the app, users touch the digital crown and after 30 seconds, receive a heart rhythm classification. It can detect if the heart is beating in a normal pattern or whether there are signs of Atrial Fibrillation (AFib). All the recordings, classifications, symptoms are stored in the health app in a PDF. 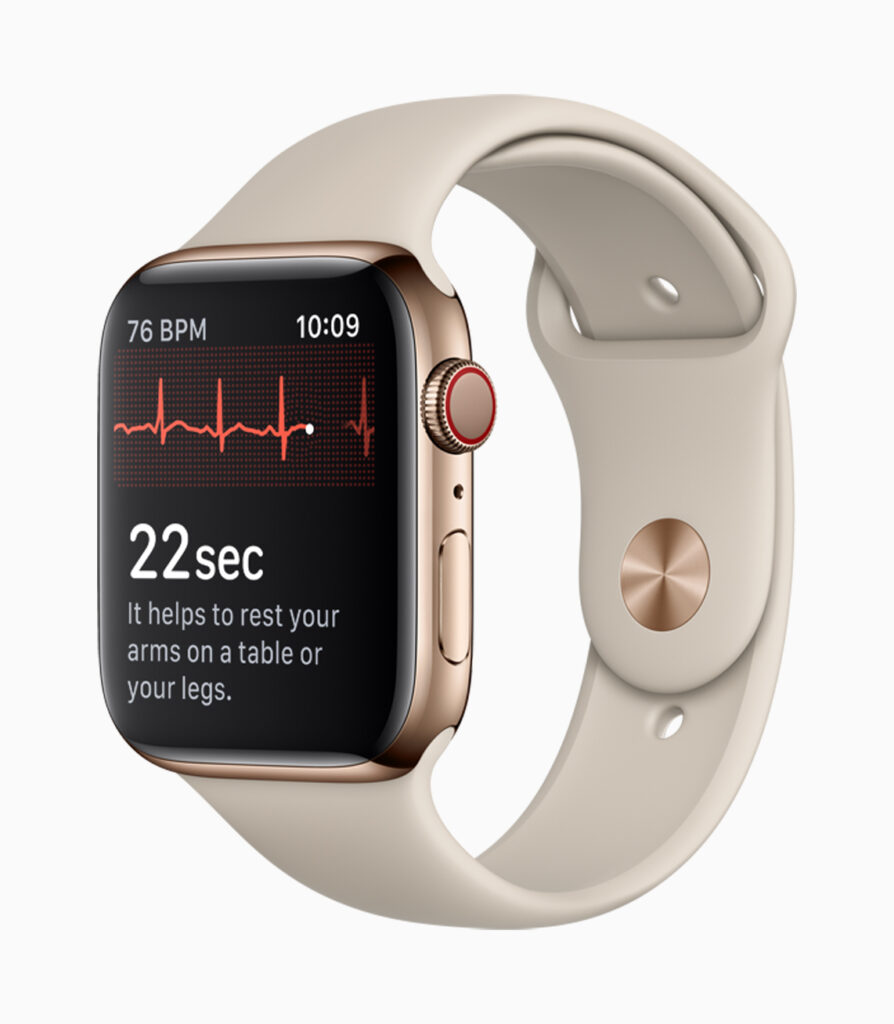 The Apple Watch Series 4 offers several new ways to communicate around the world be it Wi-Fi or cellular. Its SIRI watch face is more predictive and proactive, and offers more shortcuts and actionable content from favorite 3rd part apps. The smartwatch also allows users to listen to Apple Podcasts on Apple Watch, Stream and podcast and integrates with 3rd party apps like Dexcom.

The Apple Watch Series 4 (GPS) price is set at $399 (US) while the Apple Watch Series 4 (GPS + Cellular) gets price-tag of $499 (US). The Series 3 gets a price cut going at $379. It comes in three aluminum finishes anodized in silver, gold and space gray along with striking gold stainless steel with matching Milanese band (along with Silver and space black stainless steel models). 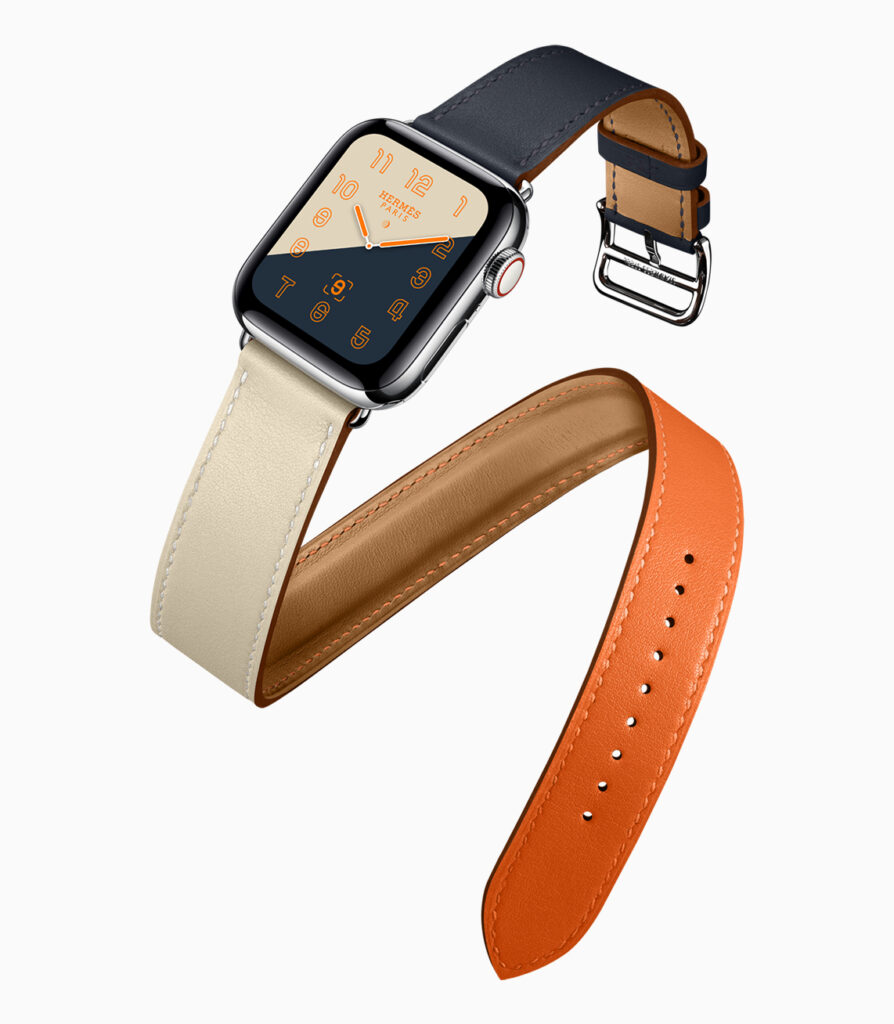 Apple also announced Apple Watch Nike+ which comes with redesigned Nike watch faces and comes in band colors of Pure Platinum / Black Sport Band and Summit White Sport Loop with reflective Yarn. Apple Watch Hermès introduces an elegant assortment of color-blocked bands and exclusive watch faces that shift from one color to the other with the passage of the minute hand.

Price and Availability of Apple Watch Series 4 and Watch Nike+