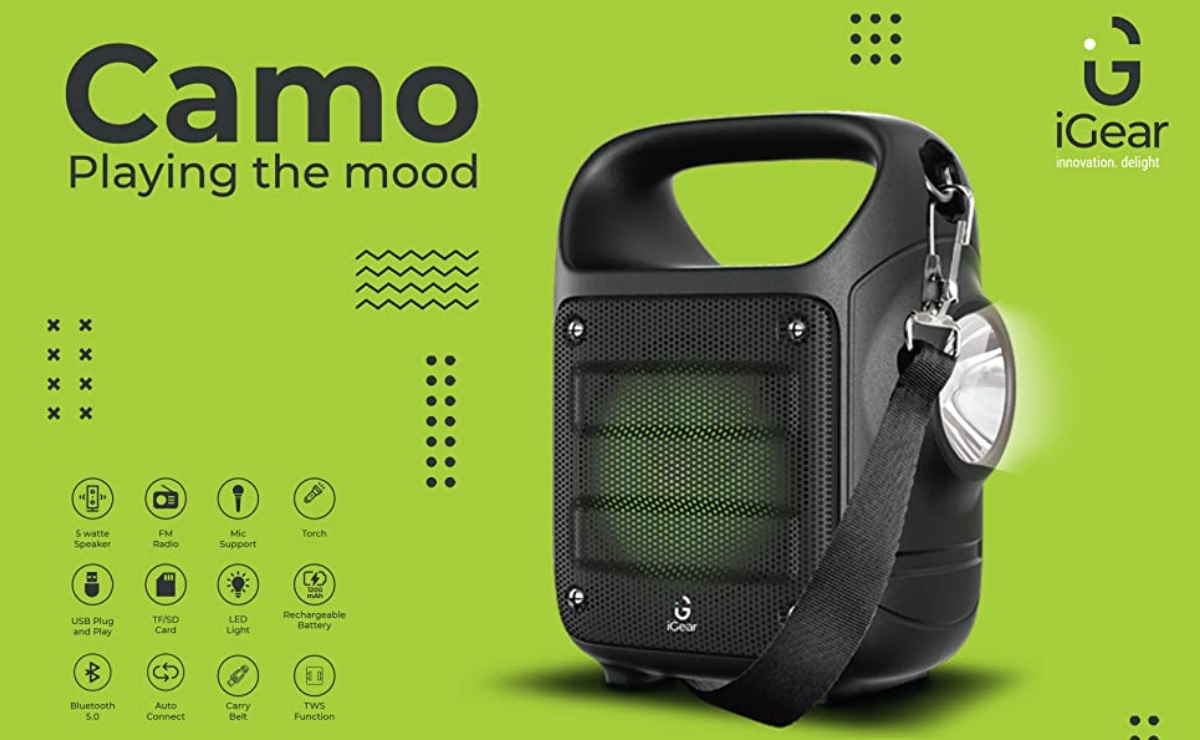 The speakers weighs just about 685 grams. It comes with carrying belt and supports MP3 playback and FM stereo radio.

The iGear CAMO BT Speaker works in both indoor and outdoor setup. It is built with rugged ABS enclosure and allows two convenient ways to carry around (handle, Carrying strap).

The speaker delivers 5W of crip and clear audio performance. The speaker bundles in a microphone input that allows converting CAMO in to mini PA system.

It has built-in multi-color LED lights that creates disco like effects. The speaker supports USB pen driver and microSD card as well.

The iGear CAMO easily connect with smartphones, tablets and laptops using Bluetooth V5.0. It has built-in torch light to shed out darkness. The battery inside offers up to 5 hours of non stop playtime on single charge.

The iGear CAMO price in India is Rs. 1099 and comes with 1-year standard warranty. It is up for sale at Amazon.in, iGear.asia and Croma.com.