The Microsoft Surface Go 2-in-1 tablet is finally official. It’s design is quite similar to its predecessor but packs in some decent specifications. It comes with kickstand which allows one to use the Surface Go in multiple positions.

Its 165-degree friction hinge adds to advanced usability, while its Windows Hello camera delivers fast and secure login thanks to its facial recognition. 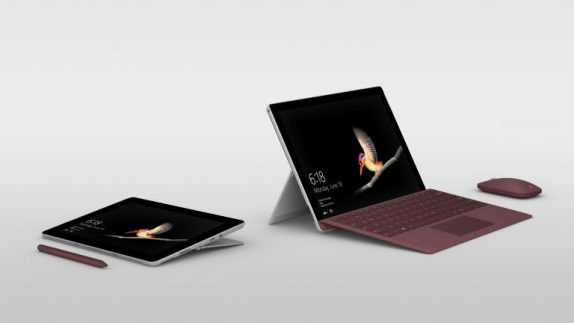 The 2-in-1 also comes with Surface connector port for charging or to connect with desktop dock. Under the hood is 7th Generation Intel Pentium Gold 4415Y processor. It can be configured with up to 8GB RAM and 128GB SSD storage. 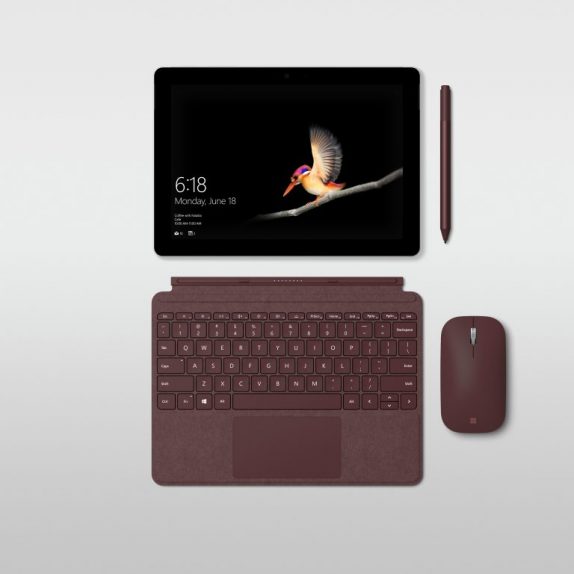 The device runs on Microsoft Windows 10 OS and come with S Mode enabled by default. Company is currently offering only Wi-Fi model but plans to introduce 4G LTE variant later this year. There is an optional Keyboard cover as well.

The Surface Go is claimed to last for about 9 hours on single charge. Apart from Surface Connect, there is USB Type-C 3.1, Headphone jack and MicroSD card reader.