Nubia V18 to be announced on March 22 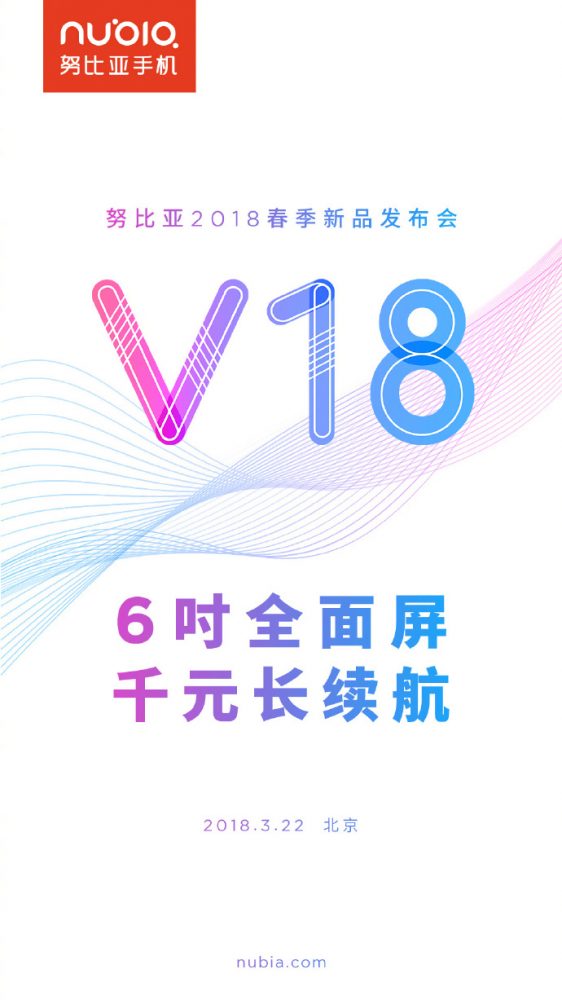 The launch event is scheduled on March 22, 2018, just a day after Meizu E3 launch event. It is also worth mentioning that Lenovo 5S is expected on March 20th while the Vivo X21 and Vivo V9 are slated to launch on March 21 and March 27th respectively.

The press invite itself does not hint any specifics of the phone. Moreover, the rumor mill for Nubia V18 has been fairly silent. According to the bits and pieces of info we have, the handset will have full-screen design and a large 6-inch screen.

This upcoming handset is also expected to carry a budget price-tag and include a decently powerful battery. Just looking at the invite, the number 8 in V18 is giving out a feeling that it might have dual cameras.

We should get all the official details on Nubia V18 in just about a week. Stay tuned for further updates.