The Exynos 9820 SoC is based on 8nm LPP FinFET process technology. It has octa-core CPU which consists of two custom Exynos M4 cores for Ultimate Processing power + two ARM A75 cores for performance + four ARM A55 CPU’s for efficiency. There is an integrated NPU as well.

There is a separate hardware AI accelerator. Company claims that NPU performs AI tasks around seven times faster than the predecessor. The NPU carries AI related processing  directly on the device rather than sending task to a server. This results in to increased performance and better security.

The NPU can instantly adjust camera settings for a shot based on surroundings, recognize objects, provide information in AR or VR etc. The Exynos 9 Series 9820 SoC has ARM Mali-G76 MP12 GPU and also supports LPDDR4X memory,  UFS 3.0 and  UFS 2.1 storage.

The ARM Mali-G76 MP12 GPU has double the lanes and wider execution engines when compared to its predecessor. It also offers enhanced battery efficiency during complex graphics. Company claims up to 40% improvement in performance or 35% enhancement in power efficiency when compared with predecessor. 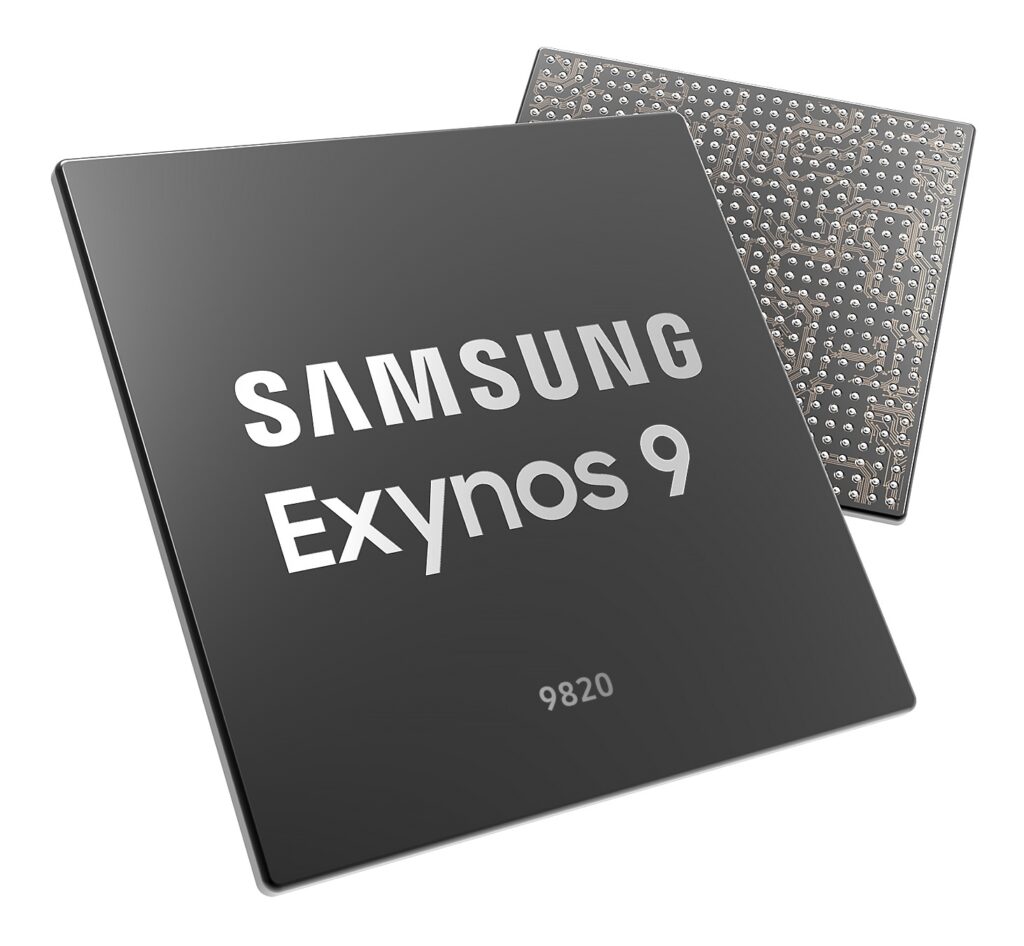 There is an Advanced Image Signal Processor (ISP) which supports up to five sensors (including IR sensor) for flexible multi-camera solution. Multi-formate codec (MFC) supports encoding / decoding of 8K videos at 30fps.

The Exynos 9 Series 9820 is slated to go in production by the end of 2018. The chipset is likely to feature in upcoming Samsung Galaxy S10 smartphone next year.