Samsung has scheduled a launch event on October 11th where it is expected to launch Galaxy A9 (2018) smartphone. Ahead of its official announcement, the handset was listed at company’s official site (taken down now).

The listing revealed that the Samsung Galaxy A9 (2018) SM-A920F will be world’s first smartphone to pack in four rear cameras.  They are vertically aligned at top-left corner and just under it is LED Flash.

A fingerprint sensor is also present at the back. Apart from that, Face Unlocking is supported as well. Another thing noticeable is its Elegant, bright design. It has smooth rounded body lines and its rear glass panel has 3D effects. 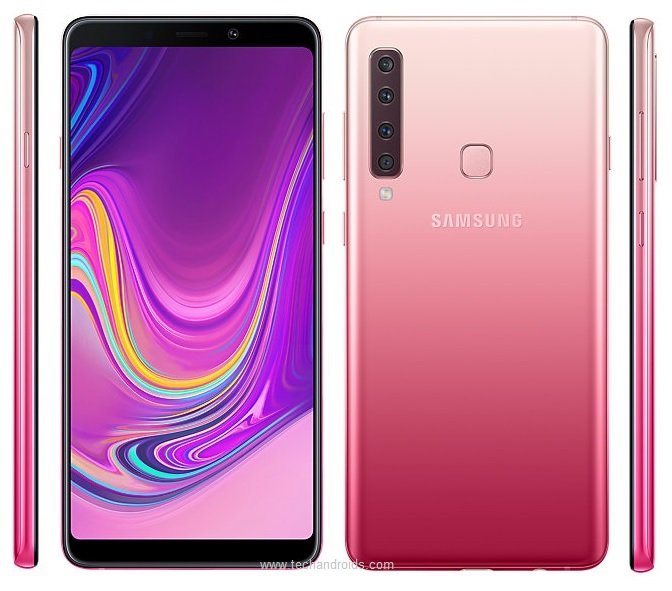 The Samsung Galaxy A9 (2018) is equipped with 6.3-inch Super AMOLED always-on Infinity display with Full HD+ resolution and multi-touch. The handset was recently spotted at GeekBench which confirms presence of octa-core Qualcomm Snapdragon 660 SoC and 6GB of RAM. Some markets will get an 8GB RAM variant as well.

The listing also confirms presence of Dual SIM slots and MicroSD card slot which supports further expansion up to 512GB. By the way, the mobile will have 128GB of internal storage space. A 3800 mAh battery powers the hardware and supports fast charging as well (Using USB type-C connector).

The Samsung Galaxy A9 (2018) will come in the Black, Blue and Pink colors. It will go official tomorrow. Pricing will be out there. (Via)