A seemingly official looking poster surfaced, which showcased the launch date and launch time which is 18:00 hours local time and an address. The Chinese text does suggest that the mobile might launch for Chinese markets for now.

For those who aren’t aware, just last month a phone bearing model number AWM-A0 made a TENAA visit. The listing did not reveal much but from what it did reveal, the mobile will come with dual SIM connectivity and 4G VoLTE support. 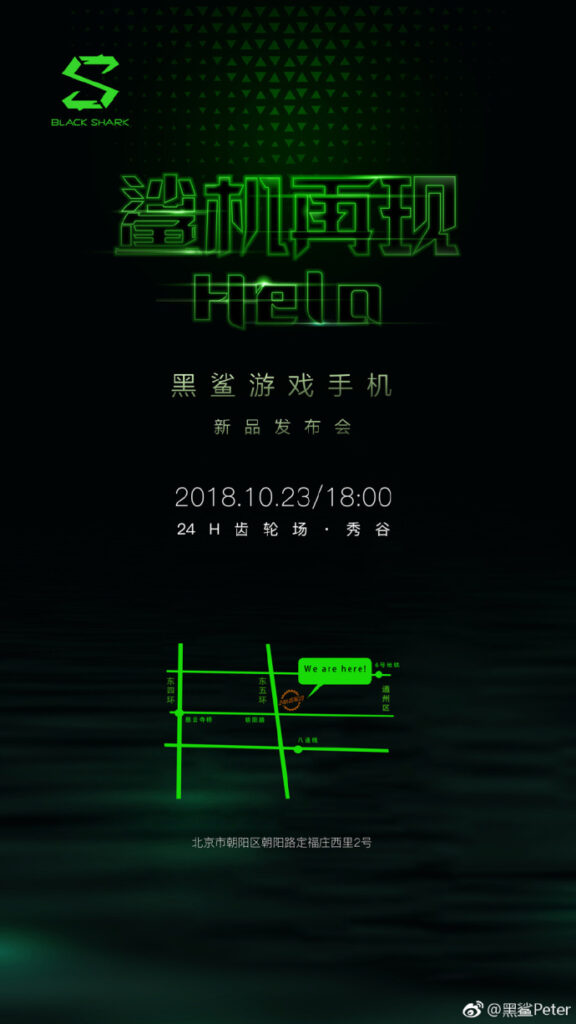 The listing also confirmed that the AWM-A0 measures 160 x 75.26 x 8.7 mm and sports 5.99-inch multi-touch display. The battery capacity will be of 4000 mAh which will offer long hours of usage and gaming.

According to the photos, the device will have a slightly different design than its original Black Shark gaming phone.

From what we can see, there is a rear facing fingerprint sensor and vertically aligned dual camera setup at the back. Rumors suggests an octa-core Snapdragon 845 SoC with 6GB or 8GB RAM options.